SpellForce 3 is the third part in SpellForce series by Grimlore Games. SpellForce 3, the latest entry in the series, was released in December 2017. The game was developed by Grimlore Games and published by THQ Nordic. The story of SpellForce 3 takes place before the events of The Order of Dawn in the fantasy world of Eo. The first glimpses of the game were seen during Gamescom 2014 in Germany, where Nordic Games first released gameplay of the game, as reported by German online magazine PCGames.de. 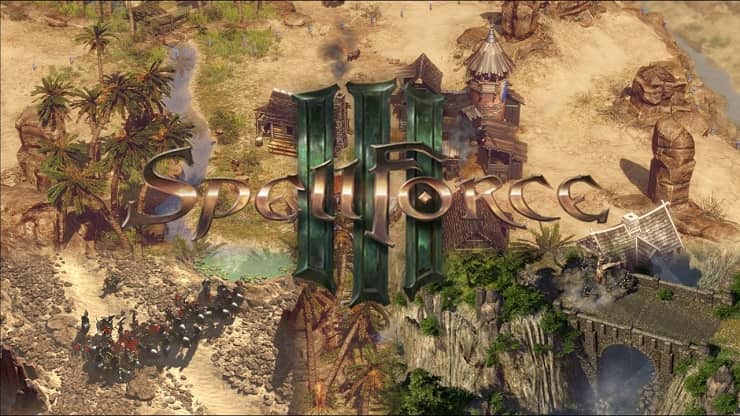 SpellForce 3 – The perfect blend between RTS and RPG! It is the year 518. The rebellion of the renegade mages, known as the Mage Wars, has been quashed by the Crown. However, it was a Pyrrhic victory: Whole regions have fallen into anarchy, refugees roam the lands in search of shelter, and a mysterious, deadly plague called the “Bloodburn” has arisen and is spreading rapidly. In times like these people cling to any sign of hope they can find. The Purity of Light, led by a charismatic man called Rondar Lacaine, claims that mages are the source of all misfortune – and that only the second coming of Aonir, the father of all gods, will return Eo to its former splendor. The story takes place before the acclaimed SpellForce: The Order of Dawn. Innovative Mix: Unique gameplay blending RTS and RPG naturally together. Create & Customize: Create your own hero and choose between distinct skill trees. Build to Fight: Raise your own army and fight epic mass battles. Epic Storyline: Immerse yourself in a rich world – Unravel the secrets behind the current situation in Nortander. Explore Eo, a fully-realized world filled with interesting characters and heart-wrenching stories. Make new friends – assemble your party from a diverse cast of companions that not only complement your skills in interesting ways but also have an impact on the narrative. Manage their skills and equipment to ensure victory on the battlefield.