Skip to content
Home » Music » South Of France: Washed Up

South Of France is an indie-pop band that was initially started by multi-intstrumentalist/producer/songwriter Jeff Cormack in 2012. Inspired by his love for retro guitar-pop, it began as a spare-time, lo-fi, garage rock project until Jeff was lucky enough to meet singer/songwriter Kelly Lueke in Los Angeles. They quickly realized they had astonishingly similar taste in music and decided to join forces to create dynamic, dreamy, dance-able, melody and guitar-driven indie-pop that is centered around their intertwining male and female vocal parts and lush layers of catchy, reverb-soaked harmonies. 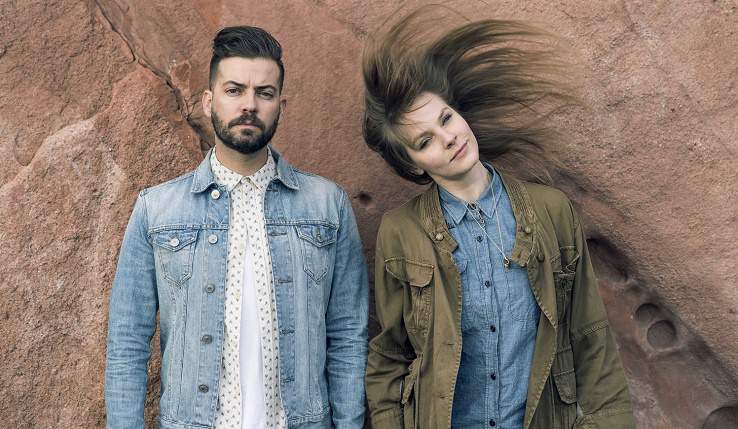 Their independently released, debut full-length album “Another Boring Sunrise” was featured on several major music blog’s “Most Anticipated Albums of 2012” lists, and was released on Sept. 18th 2012. This album landed them print features in Under The Radar magazine, Filter Magazine, Band of the Day, and has earned several excellent reviews from numerous influential music critics around the world. South Of France has since shared the stage as direct support for Flaming Lips, Portugal. The Man, T.V. On the Radio, Two Door Cinema Club, Divine Fits, Tennis, Matt and Kim, Jimmy Eat World, Edward Sharpe and The Magnetic Zeros, Real Estate, and many more. They have also played official showcases at multiple major festivals including: CMJ, NXNE, POP Montreal, Northside Festival, Filter Magazine’s Culture Collide, UMS, and several others.

In 2014 South Of France was listed as one of the top ten reasons to visit Denver by Refinery29 Magazine. They are fresh off of two shows with the Flaming Lips, they’ve recently released their first fashion design collaboration with Akomplice Clothing, and they are currently busy in the studio collaborating with Shane Stoneback (Vampire Weekend, Cults, Sleigh Bells etc.) on their next album. They’ll be hitting stages at venues and festivals this summer starting in Brooklyn in June.

South Of France: Washed Up Lyrics: