Sophie Beem: Skyline. Though she was born and raised in New York City’s Upper East Side – known for its prep schools and penthouse apartments – Sophie’s adolescence differed drastically from her privileged surroundings. At home, Sophie faced serious family struggles that affected her deeply, so she turned to songwriting and singing as an outlet to express herself during the times she felt misunderstood. Using her pain to fuel her art, what Sophie found beyond the catharsis of penning her feelings was a true passion to pursue music. 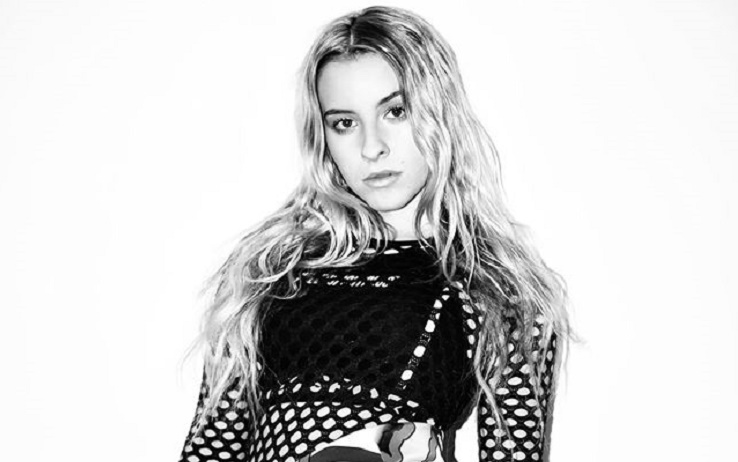 And indeed, Sophie has reached her teenage years with strength, humility, and a powerful story to tell. After years of scribbling in notebooks and crafting lofty dreams, a week after her 13th birthday Sophie tried out for FOX’s The X Factor in 2012, wowing judges Britney Spears, Demi Lovato, Simon Cowell, and L.A. Reid. Finishing in the top 40 of 250,000 contestants, Sophie’s soulful rendition of Stevie Nick’s “Landslide” left an impression on Cowell, who gave her a ringing endorsement exclaiming, “Some people are born to do this, and you’re one of them!”

Sophie has a soulful, stirring voice that moves effortlessly through key changes and carries sound through unexpected progressive vibratos and falsettos. A self-taught guitar and piano player, Sophie’s musical style is a blend of hard-hitting rhythmic pop with sophisticated songwriting. She lists Beyoncé, Sia, Drake and Tinashe as musical influences and dreams of one day selling out Madison Square Garden. The self-proclaimed “city kid” attributes the accomplishments to her NYC upbringing, where rules are merely suggestions and risk is a familiar friend to success. Sophie Beem is working on completing her debut album.