”I tend to gravitate towards material that can be a little dark,” says Sophie. The unreleased material Auster has been working on for the past two years has been a huge evolution for the gifted and prodigious 25-year-old singer/songwriter. “The material has matured and grown as I have gotten older. It’s a process to hone in on your own style. I think a lot of what I have been doing over the past few years is discovering my voice.” Stumbling into her career almost by accident, Sophie was sixteen when she recorded her first record. The album was a collaboration between Sophie and Brooklyn based musicians Josh Camp and Michael Hearst of One Ring Zero. Using her writer father, Paul Auster’s, early translations of French Surrealist poets, along with a few original lyrics written by Sophie, the poetic lines of Tristan Tzara, Paul Eluard, Robert Desnos, and Guillaume Apollinare became songs set to music by Josh and Michael. The album began as a side project Sophie pursued after school and on weekends. It was never intended for wide public consumption, but when a family friend heard the album, she was so impressed; she offered to release it under the French label Naïve. The album quickly made its way from France into other countries in Europe and beyond. “I didn’t expect anything to happen with that record. It was a project that happened unexpectedly and by chance.” Propelled by the positive feedback of her first album, Sophie then embarked on creating her own body of work. In 2007, she met writer/musician Barry Reynolds, who has worked with major artists such as Rufus Wainwright, Marianne Faithful, Antony and the Johnsons, Chorlotte Gainsbourg, and Grace Jones. The two formed a fast and lasting bond that translated into a freeing writing experience for Sophie. Reynolds and Auster have been writing together ever since. “I force myself to write everyday, but the best songs are the ones that pour out of you—the ones that are urgent.” In 2012 Sophie completed work on her new record, RED WEATHER, that will be released this November. The daring and soulful sound of this forthcoming effort highlights Sophie’s visceral vocals and heart-wrenching lyrics. 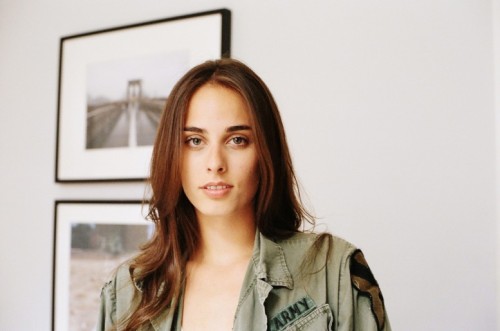