Tuned-in ears and dropped jaws are becoming a familiar sight to Knoxville, Tennessee natives Skytown Riot. The anthemic, alternative-rock band has cultivated an exciting sound ready for epic amphitheater performances, garnering them comparisons from Muse to Coldplay. Showcasing enduring melodies, masterful riffs, pulsating percussive beats, and ethereal key tones, they aim to explore the spectrum of emotion and thus, the human experience. “People don’t often expect to hear arena-rock in these smaller clubs,” explains Van, the ensemble’s guitar-wielding vocalist. “But the way I see it, we’re just dressing for the job we want.” The four-piece outfit began to take shape in 2010 when high school friends, Jimi Judiscak (drums) and Van Gallik (lead vocals/guitar), started playing in a band together post-college. Soon after they found their bassist Jason Gostkowski with the help of a well placed wanted ad on Craigslist. The three began playing together in a different band that eventually came to an end. Still wanting to create together, the trio formed a new group, Skytown Riot. They rounded their new sound in 2012 with the addition of Cody Hensley on keys, in lieu of searching for a lead guitar replacement. Which they’ve stated was their “Best. Decision. Ever.” Skytown Riot got to work carefully crafting and perfecting their opulent sound, demonstrating their sensational musicianship and composition in their new EP, ‘Soul Or System’. Their music is designed around the spirit of theatrical live performance that will most authentically reflect their head-turning stage presence. The band teamed up with producer/mixer Mike Dearing at HiFi Studios in Knoxville to capture that in their latest 6-track effort. They displayed a natural progression to their musical experimentalism, pumping in new energy through unexpected genre combinations. With mastering done by Spectre in Seattle, and guest appearances by cellist Cecelia Miller, Skytown Riot’s ‘Soul or System’ EP (due out November 19th) is chalk-full of undeniable hits. Having already shared the stage with bands like Filter, Hoobastank, and Halestorm, it’s clear that Skytown Riot is already on their way. The bands most recent single, “Runaway Princess,” has become infectious among video-gaming YouTubers, as a go-to soundtrack for fan-made battleground videos. The fellas are capturing everyone’s attention and these new, near perfect tracks will undoubtedly keep their momentum rolling.

The official music video for “The Afterglow” from the “Soul Or System” EP (available on iTunes NOW). Video directed, shot, and edited by Jacob Boyd.

Skytown Riot – The Afterglow Lyrics:
While I’m here waiting for you
Alone and definitely
You’re off on some old crusade –
And when the daylight starts to fade
I know you’ll carry on
Because you know what’s going is gone
I just wanted you to say
I’ll stay with you-uuu,
Stay with you-uuuu! 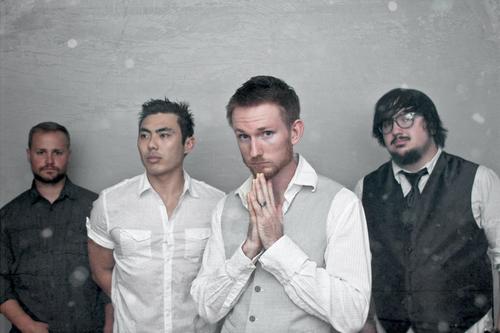