It’s no secret that Silversun Pickups score the soundtrack for the cacophony and quiet of the urban environment. Their songs curl like a sleeping dragon around the foothills, soar between the skyscrapers, and slouch in the shadows of forbidden offramps and skid row. Now, three years after their second record, Silversun Pickups are currently in Topanga, CA, working on their highly anticipated new record, Neck of the Woods, with producer Jacknife Lee (U2, Weezer, REM, Snow Patrol). The record will be released on May 8, 2012 on the band’s longtime home, Dangerbird Records. Silversun Pickups have sold over 1 million records worldwide. Their first EP, Pikul, was released in 2005. While it hinted at great things to come, no one was quite prepared for the explosion of the band’s debut LP, Carnavas. Released in 2006, the record peaked at #81 on the Billboard Top 200 and was the #1 Alternative and Independent record for four consecutive weeks. The fantastic single, “Lazy Eye,” peaked at #4 at Modern Rock. In 2009, SSPU followed up with the equally powerful Swoon. That record debuted at #7 on the Billboard Top 200 and was in that chart for over 22 weeks on the strength of the #1 Modern Rock smash, “Panic Switch.” On November 25, 2011, they released the limited edition Seasick 10” to support independent retail. 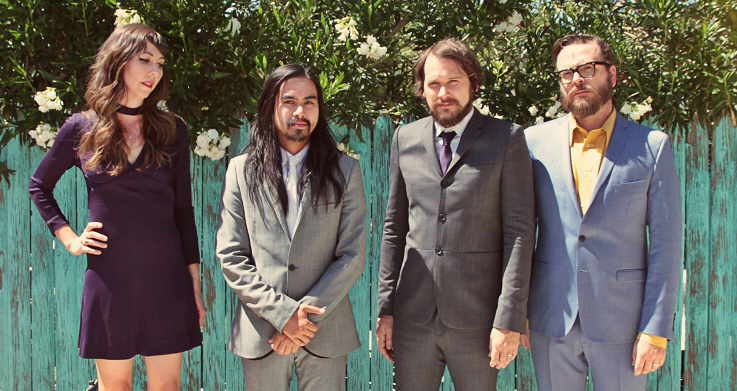 Silversun Pickups came of age in Los Angeles’ multicultural, bohemian enclave, Silver Lake, where the members learned to overcome their fears through playing in the organic network of clubs and bars that birthed Beck and Elliott Smith. “When we were starting out, we were too shy to turn up the volume. Now we’re not afraid to get loud,” Aubert says. “I used to be nervous to go to the mic, now I swallow it.” As Carnavas snowballed into an avalanche of critical praise, landed them on the Billboard charts and gained recognition from nose-turning indie rockers and mainstream pop lovers alike, frontman Aubert slowly realized that Silversun Pickups’ musical landscape was changing too. “We were landing on charts in countries I’d never been too, like Chile and all over South America. Things were changing fast.” After two-plus years of touring, the band returned home to a different place than they had left. “It was a dark time when we got back. We had to water the relationships that we had neglected over those two years, and I think this darkness came out on our second record,” Aubert says.

Silversun Pickups: Circadian Rhythm (Last Dance) Lyrics:
Another night alone, temporary dream
I came in through your window, sleep-walkin’
Standing arm and arm, still so out of reach
There’s nowhere left to go, so stay with me

Stay with me
Footsteps on the floor, your body’s just a haze
In a rhythm of your own, just out of reach
Feel my body swoon, dare you say my name?
I’ve got nowhere left to dream, so I’ll just stay awake

Stay awake, At last, at last
I’m found, not Found
Circle, circle, Around, around
Last dance, last dance, No sound. 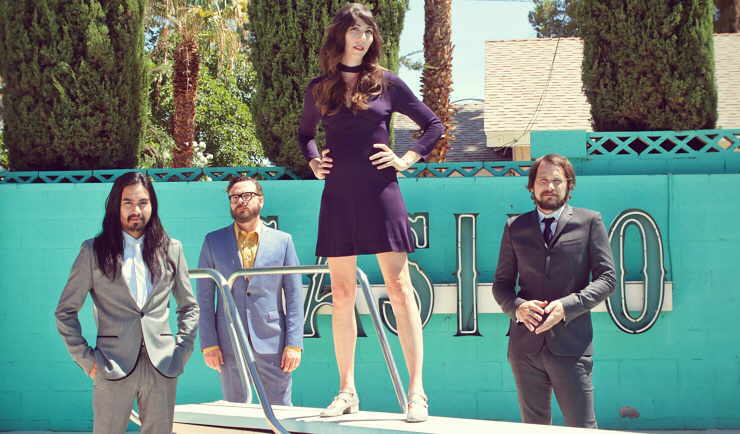