On her second single Shura sings, “Have you ever been lost/We could get lost/I wanna get lost” and if, as the press release for “Just Once” rings true, and it is indeed the prequel to her first single “Touch” – we get the full weight of both songs instantly, in tone and temperament. You’ll want to get lost with her in this song and in her world, straight away. She’s apparently unsigned, which – hell – judging from both singles won’t last very long. In the meantime, I have a sneaky suspicion we’re going to listen to this more than “just once”… ~ Lior Phillips.

Earlier this year, London singer-songwriter Shura made her debut with the sentimental synth-pop gem “Touch”. Now, just a few months later and she’s back with yet another emotive number called “Just Once”. 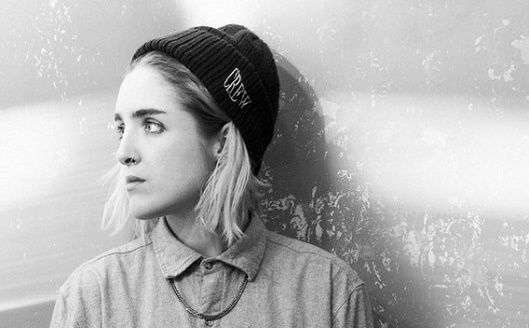