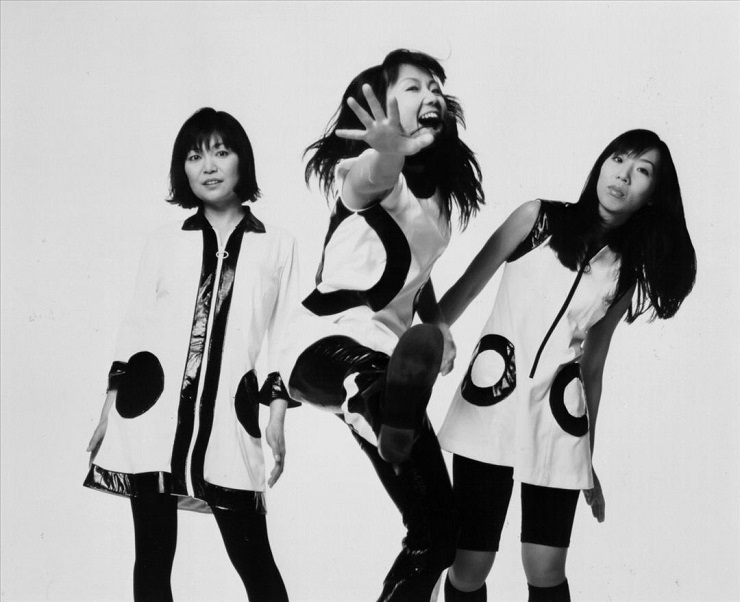 Shonen Knife, “Jump into the New World”. The legendary retro-futurists have returned with a lean and meteor-kissed new song, propelled by humor, charm and history. The track is taken from Adventure, their new and 19th album, already out in Japan but set for release in the rest of the world on April 1st. You can find all the relevant ordering information for it, which varies according to where you live, here. Via The Line of Best Fit.

Formed in Osaka by guitarist and chief songwriter Naoko in 1981, Japan’s Shonen Knife rose from humble DIY beginnings crafting their own idiosyncratic songs, and fashioning their own brightly coloured outfits, to sharing a stage with Nirvana on their Nevermind tour, trailblazing a path for women in music and inspiring legions of bands. For this, their 19th album, original drummer Atsuko returns to play bass, joining Naoko (vocals + guitar) and relative newcomer Risa on drums, whilst some bass parts were provided by regular member Ritsuko (who is on maternity leave) and Naru, who became an official member from a support band.

Adventure sees the band delving deeper in to the 70s rock leanings that they explored on their last album Overdrive. As Naoko explains; “passing through the 70s, the music genre which was born as rock’n’roll developed to ROCK. This album is like that.” Musical references include Thin Lizzy, Motorhead and Deep Purple, but of course, this is Shonen Knife, so there is still an excitable pop element to the music. There are catchy hooks and 60s girl-group inspired harmonies along the way but the album is firmly rooted in 70s Rock.

Jump into the new world
Feel a bright light, yeh yeh
With a happy song in your heart

Open the window of your mind
You can feel a bracing wind
If you feel alone, remember the song
You only get one life