Shelter is a 2008 (released in 2010) American supernatural horror film directed by Måns Mårlind and Björn Stein, written by Michael Cooney, and starring Julianne Moore and Jonathan Rhys Meyers. The film was released as 6 Souls in the United States on March 1, 2013 for video on demand, followed by a limited theatrical release on April 5, 2013. 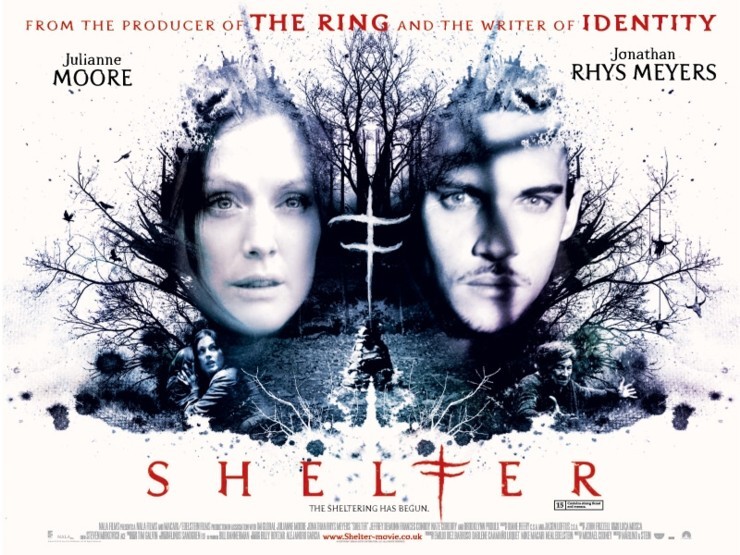 After the death of her husband, Dr. Cara Harding’s (Julianne Moore) faith in God has been shaken, but not her belief in science. In an attempt to open her up to accepting unexplainable psychiatric theories, her father introduces her to Adam, a patient with multiple personalities who takes on some of the physical characteristics of his other personalities. But, Cara quickly discovers that Adam’s other personalities are murder victims and the more she finds out about him and his past, the closer she and her loved ones are to becoming murder victims themselves. 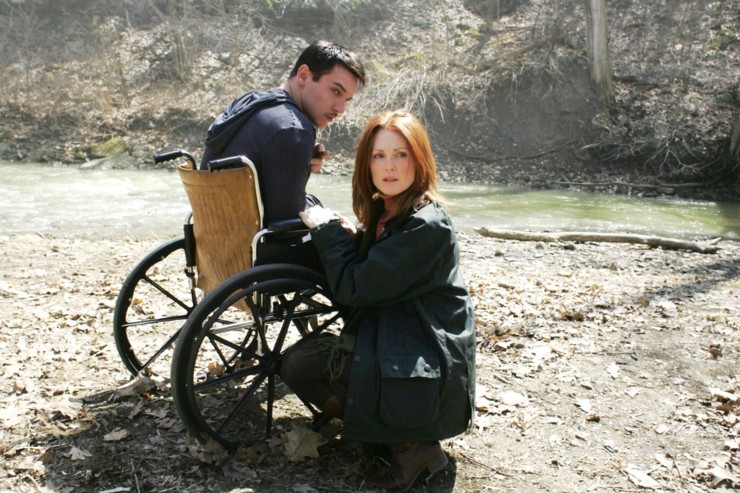 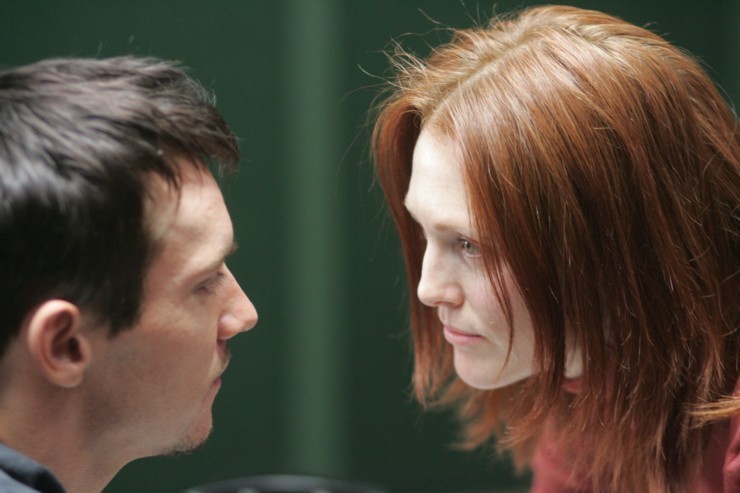 Plot: A female forensic psychiatrist discovers that all of one of her patient’s multiple personalities are murder victims. She will have to find out what’s happening before her time is finished.