Sharon Leal – Giant. Sharon Leal portrays Zoe Reynard in the provocative new thriller ADDICTED – based off the best selling novel by Zane. As the world awaits the highly anticipated release on Friday the acclaimed actress and singer presents her visually impressive new video “Giant” – featuring tantalizing scenes from the film. The song is featured on her new solo EP simply titled LEAL. 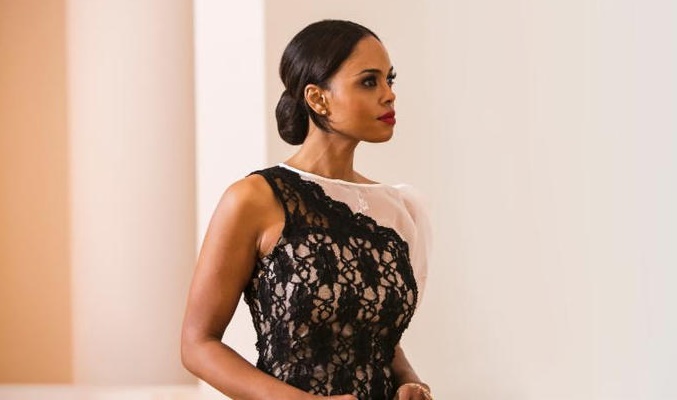 With her intriguing multicultural beauty and true innocence, multi-talented Sharon Leal is one of the most appealing actresses in Hollywood today. Sharon Leal began singing at an early age and later discovered her passion for acting while attending performing arts high school. Her professional career began in regional theater productions of “Ain’t Misbehavin’,” “Into the Woods,” and “Little Shop of Horrors.” Soon thereafter, Leal moved to New York and landed major roles on Broadway in “Miss Saigon” and “Rent.” Leal went on to star in the original musical, “Bright Lights Big City,” at the New York Theater Workshop, and was also featured on the production’s soundtrack. While in New York, she staged cabarets and continued to hone her skills when she produced an original production of “Stormy Weather” at the Manhattan Theatre Club, in which she starred as the legendary Lena Horne. From the New York stage, Sharon easily transitioned into television and film. Her television credits include a series regular role on CW’s “Hellcats” and four seasons on David E. Kelley’s hit FOX drama, “Boston Public.” Her guest starring roles include episodes of “Suits”, “Perception”, “Person Of Interest” and “CSI: Miami.” She also had recurring roles on NBC’s “Grimm”, and ABC’s “Private Practice” as Sonya, the love interest to Taye Diggs’ character.

In 2006, Sharon received international attention as a co-star of the Golden Globe Award-winning blockbuster film, “Dreamgirls,” opposite Beyonce Knowles, Jamie Foxx and Eddie Murphy. She portrayed Michelle Morris, the singer that replaced Effie White (played by Academy Award winner Jennifer Hudson) in the female trio, The Dreams. In “Dreamgirls,” Sharon showcased her remarkable vocal skills and was heard on the popular movie soundtrack. Quickly named one of Entertainment Weekly’s “Breakout Stars”, Sharon soared into the stratosphere as the star of two highly successful ensemble films; the #1 box office hit, “Why Did I Get Married?,” with Tyler Perry, Janet Jackson and Jill Scott, and the popular holiday feature, “This Christmas”, alongside Idris Elba, Regina King and Chris Brown. Her performance in the latter project won her the 2008 Asian Excellence Award for Outstanding Film Actress. Sharon starred with Samuel L. Jackson and the late Bernie Mac in the 2008 musical feature film, “Soul Men.” In 2010, she reprised her role in the highly-anticipated sequel, “Why Did I Get Married Too?,” which grossed over $60 million at the domestic box office. Her independent film credits include “Woman thou Art loosed:On the 7th Day” opposite Blair Underwood, “Carry Me Home” opposite Academy Award Winner Cuba Gooding Jr and William Sadler, and a smash hit at 2013’s Toronto Film Festival titled “1982”. Up next, she stars in “Addicted,” the highly-anticipated film for Lionsgate where Sharon steps into a risky role as a sex addict. 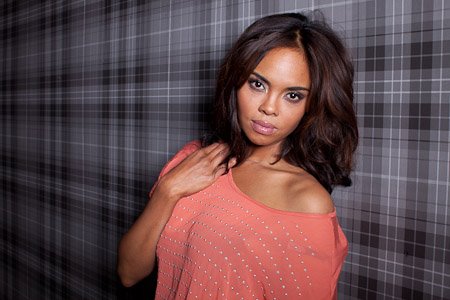