New York, New York) – Today, born-and-bred New Yorker Saul Rivers releases his three track EP entitled Couldn’t Do It Alone. “I had an amazing time making this EP and got the opportunity to work with Steve Addabbo (Suzanne Vega, Shawn Colvin, Bob Dylan) as well as some other inspiring musicians like Steve Holley (Wings) on drums, Dustin Bookatz on bass, and Skip Brevis on keys. Steve also played guitar on the tracks. I think I came into my own on this EP, and established a soulful sound that’s true to me.” Lead track “Couldn’t Do It Alone” takes listeners on a bluesy, introspective four-minute journey, punctuated by Rivers’ gritty, grab-hold-of-your-gut and just plain impressive vocals. Pancakes & Whiskey praised the track for Rivers’ “beautifully pure falsetto”, and an “acoustic guitar [that] leads the track’s instrumental orchestration with a bluesy feel that is both lovely and inviting.” 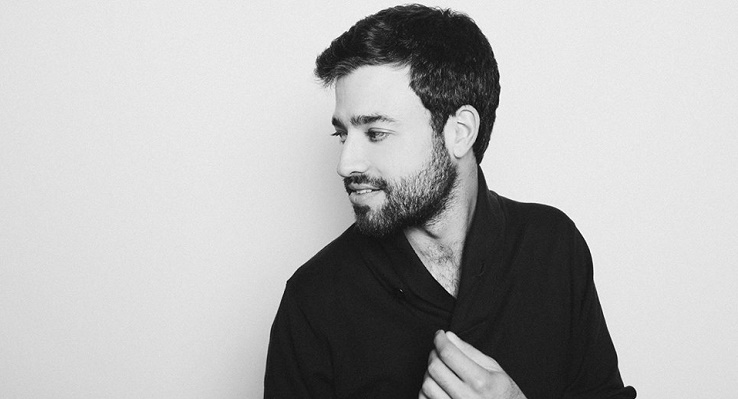 “Couldn’t Do It Alone” is followed by “Works For Me”, a track that Rivers wrote for those who choose to live life in a way that works for them, no matter how unconventional that may be. The EP comes to an inspiring close with it’s final song titled “I Will Sing”. Of the track, Rivers proclaims “We all have different obstacles in our lives, and many of them help to illuminate what matters most to us. I wrote this song as a tribute to how many of the obstacles in my own life have helped me to see the world in new ways, and helped me clarify what is important — making music and sharing it with the world.” Born in New York City, Rivers began taking piano lessons at the ripe old age of three, before he picked up other instruments in middle school and high school. By the time he was 16, Saul had learned his way around the trumpet, clarinet, alto sax, tenor sax and the guitar. A self-taught virtuoso, Saul plays not just with skill, but with tremendous heart, drawing inspiration from many of his heroes, like John Mayer, Eric Clapton, B.B. King and James Taylor.

While studying music at Union College, Saul laid down his first seven song acoustic EP, A Conspiring Universe, and performed in clubs and coffee house on campus and in surrounding areas. As his undeniable passion for writing, recording and performing continued to grow, he recorded another album, this time with a full band. Named Precious Time, the album generated a significant amount of buzz, and helped Saul land gigs at the Sundance Film Festival, and in London, opening for George Ezra at the Bedford. As Saul continues to evolve as a man and as a musician, there’s no doubt that he will make his mark on the world. “My goal is to create music that people can relate to and connect with,” says Saul, “music that can help people to heal, reflect, change, and grow. I know that the music that I was so inspired by growing up helped me to become the person and artist that I am today, and I hope that I can be an artist that does the same for future generations of songwriters, musicians, and everyday people.”

Saul Rivers: Couldn’t Do It Alone