Sam Nicolosi, an independent singer, songwriter and producer from Evanston, IL, has released his new single, “Fiction,” off his forthcoming Origins EP. The record, a dark emotional alternative-pop song, is about creating a false sense of reality around a relationship to uphold that relationship. About the song, Sam said, “‘Fiction’ has a lot in common with my last release, ‘Caught Up.’ The song is about holding on to something or someone out of comfort. We, as humans, become complacent and afraid of change – we will romanticize and distort reality to fit into the narrative we wish to tell ourselves. Maybe you’re holding on to love that has lost its spark, or a friend that you no longer truly connect with. Maybe there’s a crazy family member that you can’t pretend is sane anymore. We all become invested in the fiction we tell ourselves to be happy.” 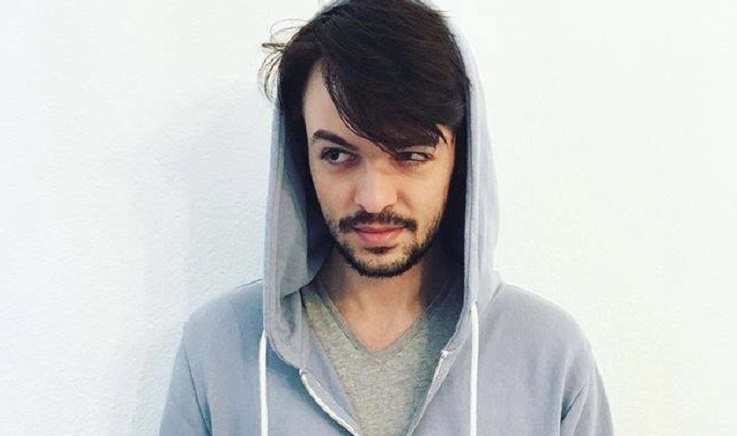 Sam Nicolosi is a singer, songwriter and producer, born and raised in Evanston, IL, just outside of Chicago, who now resides in Los Angeles. During elementary school, Sam began playing the djembe, shortly thereafter taking up the piano and guitar. During those years, Sam had also developed a love for poetry. He began hearing melodies when he played music, and eventually those poems started becoming songs. Having grown up listening to a mixture of alt-pop and hip-hop, along with music from the 60’s and 70’s, Sam pulled from each of those genres as he began writing and creating. At the young age of 12, Sam’s parents bought him a Pro Tools rig and he began recording his songs; however, too shy to sing in public, he formed a duo, allowing a friend of his to sing the songs he had written. A year later, Sam started gaining confidence in his voice and released his first solo acoustic EP. About his music, Sam stated, “I am mainly a guitarist (acoustic is my heart and soul). But, along with the guitar, I also play piano, hand drums, and so on. I pick up everything.” As his skill developed, Sam began releasing small projects, each one leaving him hungrier for more and more time in the studio; more and more time expressing himself creatively.

Those days increased, leaving little time for much else. Eventually his music was put in the hands of songwriter Julie Frost (Beyonce, Ed Sheeran, Black Eyed Peas, Charlie Puth, Meghan Trainor), who immediately sent it to her publisher, Jon Platt. After meeting Jon in Chicago to talk about music, Sam signed a deal with Warner Chappell Music, where he began writing and producing daily, truly honing his skills. It was during this time that his summer project, ‘Origins,’ was created. The EP is a collection of songs, mainly written and produced by Sam alone, which led with the single “Realign,” an up-tempo song about returning to your roots when you feel lost. The song was featured as Clash Magazine’s “Track of the Day,” and featured on HillyDilly, Comic Pop Library, pressplayok, and I Heart Moosiq. “Realign” was followed by “Caught Up,” for which Sam received his first college radio spin on KZUU 90.7fm, Washington State University. The track was also featured on Spotify’s #NewMusicFriday playlist, and praised by Indie Shuffle, Eargazm, Cool Hunting, and Noon Pacific. ‘Origins’ will be released this spring.