Skip to content
Home » Music » Saints Patience: Taste Of You

“We’ve created something epic, something exciting and captivating.” Essentially the project of two London-based musicians, multi-instrumentalist Spencer and vocalist Mudibu, Saints Patience place melody and groove front and centre in a thrilling audio format that mixes the classic and the contemporary by following the lead of such timeless artists as Queen, Otis Redding, Led Zeppelin and The Wailers. Their songs, enhanced live by artisanal musicians taking on rhythm section duties, are cohesive amalgamations of Spencer’s prolific guitar jams and improv sessions in his home studio, which Mudibu, formerly of Mantilla, Lostchild and The Jezebel Sextet, enhances via his rich and powerful voice. 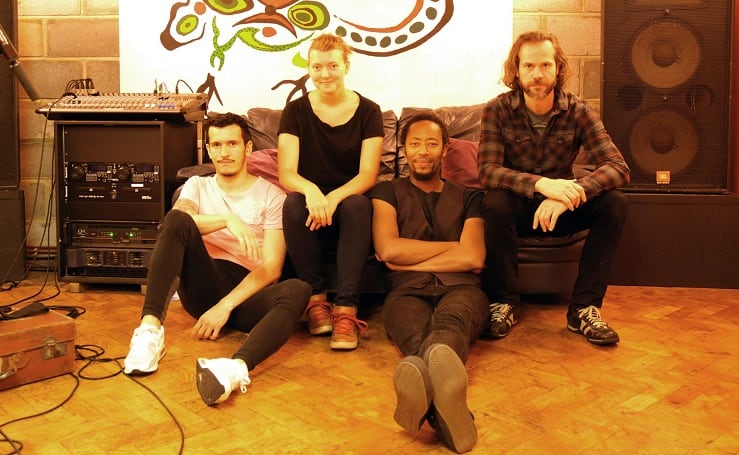 This intuitive pair – “You know it’s good when you just look at each other and smile” – have now collected the best of their writings into their debut album ‘Weather The Storm’, recorded using valve amps and minimal gear at Spencer’s studio and thus exuding a fresh and dynamic analogue vibe. Indeed, to control the sound during recording the band used loads of old duvets and blankets, covered up the windows and warned the neighbours. Proper old-school! In Mudibu’s words, the album captures “an expression of emotions that are both political and relational in context. It’s a sifting through of what really resonates with oneself and the surrounding environment. The same emotions can be individual but they are experienced by many in varied contexts. The notion of bravery in the face of these emotional challenges is implied in the album title “Weather The Storm’.

Saints Patience: Taste Of You

A certified funk-rock fusion treat, ‘Taste Of You’ is a candid declaration of love and lust which, according to Saints Patience frontman Mudibu, is “about opening up to someone and letting them know your secrets and desires; asking them to let go and trust their instinct”. This he expresses in a vocal both hugely soulful and raw – “Heaven knows, forever you’ll be close to me” – while a wonderfully rotund bassline, shuddering synths and wah-wah guitar coalesce into one distinctly disco-flavoured belter. ‘Taste Of You’ is essentially a sexy, catchy pop song with a chorus hook that’s primed for the airwaves. Don’t touch that dial.

Saints Patience: Taste Of You Lyrics: