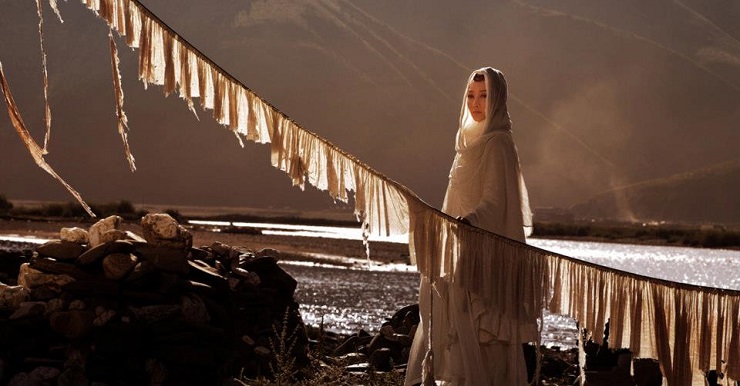 Sa Dingding is a renowned Chinese artist with a worldwide following. She sings and writes in numerous languages, including Mandarin, Sanskrit, Tibetan, and her own imaginary language.
Her music, meanwhile, merges contemporary electro-pop with traditional Chinese instruments. Following the release of her fifth album “The Butterfly Dream” last year, Sa Dingding (萨顶顶) recently premiered a video for the lead single off the album.
“Swallows” is a tender and airy ballad revolving around a sentimental folk melody. The song builds up nicely, adding another layers of sound, but retains a kind of organic, budding ambience, bringing to mind the reawakening of life during springtime.