Russell Swallow is one of those lucky pre-Brexit kids who has spent the last two years living between London and Berlin. As a result his sound is a refreshing synthesis of the classic British singer-songwriter tradition with ambient Berlin soundscapes. He uses confessional lyrics and allegorical storytelling to create songs that range from hushed, prayer-like confessionals to soaring, indie epics. “I’ve found a lot of peace of mind in Berlin, life is affordable there, so instead of chasing rent (which I was doing in London), I’m comfortable and have time and space to stretch myself as a writer – to experiment, collaborate, make mistakes, play on the streets and perform throughout the City.” 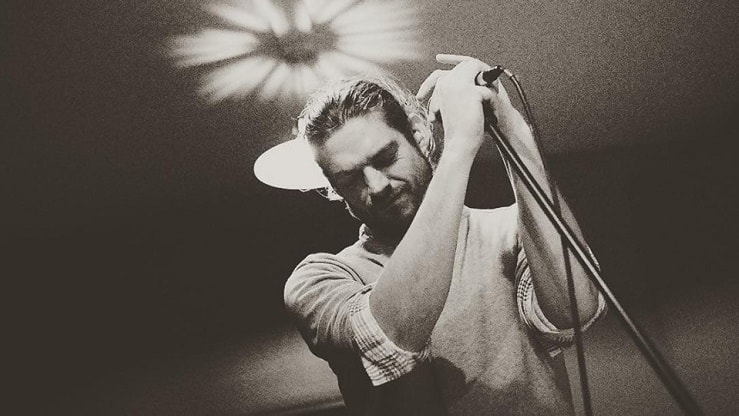 Russell says the best £20 he ever spent was at the age of 14 when he picked up a guitar from the local Salvation Army charity shop in Suffolk. Inspired by the likes of Bon Iver, Jack Savoretti, James Bay, Ray Lamontagne & Jeff Buckley he taught himself to write songs by blending his passion for poetry and short stories with his newfound love of indie-driven sounds. As one half of indie-folk act Swallow and the Wolf, Russell started to gather momentum on London’s live music scene: opening for Britpop veterans Dodgy, Will and the People, and Mercury Prize nominees, Sweet Billy Pilgrim. Russell also began booking acts under the moniker of Beatnik Events, putting on shows for Lianne La Havas, Fiona Bevan and Kimberly Anne early in their career. Last year, saw Russell release the A.M. – B.P.M. four-track EP. The project was a new horizon for Russell, an exploration of how electronica & analogue synthesis could further enhance his
traditionally organic songwriting. He also took his live performances to the next level, with a duo performance at Berlin landmark and bastian of exclusivity, Berghain. He’s also performed live for BBC Essex, and recently headlined two coveted poetry festivals in Germany – Bubbleslam & Wortakkord.

Critically praised, Clash Magazine called A.M.-BPM “Something truly, truly special”, while Spotify picked up on the release for their curated playlists including the influential “Indie Radar”. This summer, Russell has returned with a selection of emotionally uplifting, vital and unique tracks that perfectly cross a number of genre-boundaries. The second offering from this collection is the melancholic ‘North London Girl’. The track oozes heartache, juxtaposed against an uplifting production. There’s a hint of Russell’s traditional singer-songwriter heritage underlying the track, with contemporary electronic production techniques.