Skip to content
Home » Music » Roses and Revolutions – Start Over

When most artists talk about writing on the road, it’s a euphemism for late nights spent working in hotel rooms or backstage on tour. When Rochester indie pop duo Roses and Revolutions aka singer Alyssa Coco and guitarist Matt Merritt talk about writing on the road, they mean it quite literally. In fact, most of their gorgeous new EP, ‘Torch,’ was penned while behind the wheel. “Matt and I work a lot in the car,” says Coco. “We’ll turn off the radio and Matt will say, ‘Give me a verse real quick.’ There’s no distractions, nothing but the road. We write a lot of the details in the car that way.” While Coco and Merritt’s names might not yet be familiar, their music likely is. Their songs have earned praise from USA Today to Idolator and appeared in soundtracks everywhere from MTV and VH1 to Showtime and E!, and they’ve already shared stages with The Head and The Heart, The Lone Bellow, Sheryl Crow, O.A.R., Wynona Judd, and Ingrid Michaelson among others. 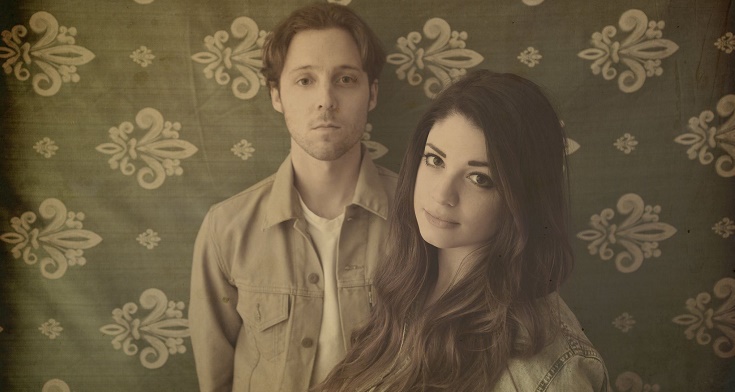 Coco also appeared on Season 7 of American Idol, which prompted Merritt, a trained jazz guitarist, to reach out in the first place and propose a collaboration. “We instantly connected,” says Coco. “It started with us writing songs together, and I’d never been in a band where I could collaborate with somebody as a writer like that before. We would sit down in a room together, and he’d have a chorus idea I’d have a verse idea, and somehow they’d just mesh perfectly.” “The big thing that clicked for us,” adds Merritt, “the reason we’re a duo even though sometimes we’ll have drums or strings with us, is that the two of us write everything together. It’s not like she writes some and I write some. Every song we’ve ever written is a 50/50 collaboration.” That musical kinship shines from the opening seconds of ‘Torch,’ which kicks off with the utterly infectious and hypnotic “Start Over.” “We were driving to a gig and came up with the chorus,” says Merritt. “It’s this repetitive chant, but we had the hardest time connecting it to the verses until we landed on this driving, shuffle-rock groove and found the song’s swagger.”

Roses and Revolutions – Start Over

Part of that swagger comes courtesy of Ingrid Michaelson drummer Eric Jacobson, who contributed the song’s propulsive, electrifying rhythm from Brooklyn, though Coco and Merritt recorded most of the EP in Rochester. On “Let Go,” Merritt’s deft fretwork shines underneath Coco’s warm, breathy vocals, while “Echo” strips their sound down to a somber piano and string trio, and “Bonnie & Clyde” hits bombastic heights. “We brought in a whole drum line with six or seven marching snares going at the same time,” says Merritt. “It’s a real, anthemic pump-up song that’s so much fun for us to play live with the full band.” The EP closes on a more intimate note with “Dear My Love,” a romantic, acoustic ode written for Valentine’s Day. “We wrote it really quickly all at once in the car on the way to a gig,” says Coco. “We had a show in New York City,” continues Merritt, “so the next morning we pounded out a demo in a friend’s studio, and a week later we’d already recorded the final version.” Such is the magic between the two halves of Roses and Revolutions. They named the EP ‘Torch’ because nearly every song contains a lyrical reference to fire or burning, but the greatest sparks undoubtedly come from their creative synergy. With a gripping new release on their hands and a busy tour schedule to follow, Roses and Revolutions is set to spend more time than ever before behind the wheel, and that’s good news for everyone who can’t wait to hear what this breakout duo will write next.

Roses and Revolutions – Start Over Lyrics: 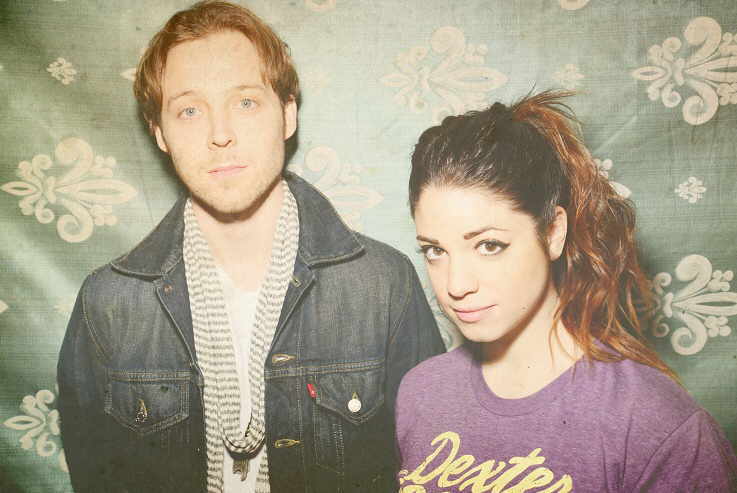