Rogue Legacy is an indie action game with a twist: each time you are killed, you begin anew as the next in your line of succession. Imagine if video game characters were afflicted with the same troubles as real life people; if, with each new generation of children, new afflictions, such as colour-blindness, dyslexia and irritable bowel syndrome were just commonalities regular hereditary hiccups? In Rouge Legacy, that’s exactly what you’ll find. Every time you die, you’ll be born anew with a choice between 3 of the children next in your line, and with them, their own unique flairs and… talents. While your previous character may have been a Dwarf Paladin, your next could likely be a Gay Mage. Or an Assassin that just can’t seem to stop swearing. In Rogue Legacy, every death truly is another adventure. 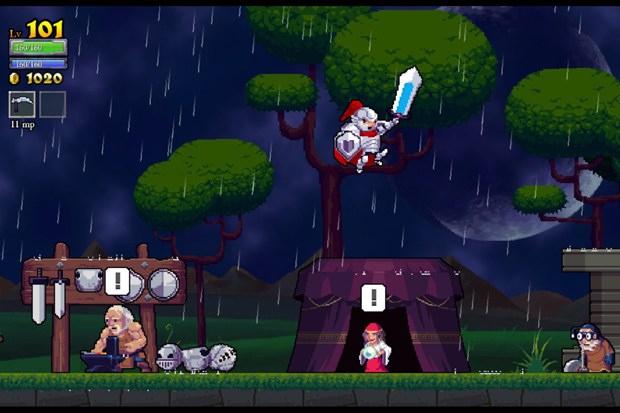