Resident Evil Zero, known in Japan as biohazard 0, is a survival horror video game developed and published by Capcom for the Nintendo GameCube in 2002. It serves as a prequel to the first Resident Evil, covering the ordeals experienced in the Arklay Mountains by the S.T.A.R.S. Bravo Team. The gameplay remains similar to other entries in the Resident Evil series, but includes a unique “partner zapping” system. The player controls both S.T.A.R.S. officer Rebecca Chambers and convicted criminal Billy Coen, switching control between them at will in order to solve puzzles and take advantage of their unique abilities. Resident Evil Zero received mostly positive reviews and has sold 1.25 million copies. Critics universally praised the graphics, soundtrack, and atmosphere. Many felt the new partner and item management systems added new layers of strategy, however some found the changes cumbersome or non-innovative. The traditional survival horror controls were largely regarded as clunky and outdated. Resident Evil Zero was ported to the Wii in 2008, and a high-definition remaster is in development for modern game platforms due for release in January 2016. Wikipedia®. 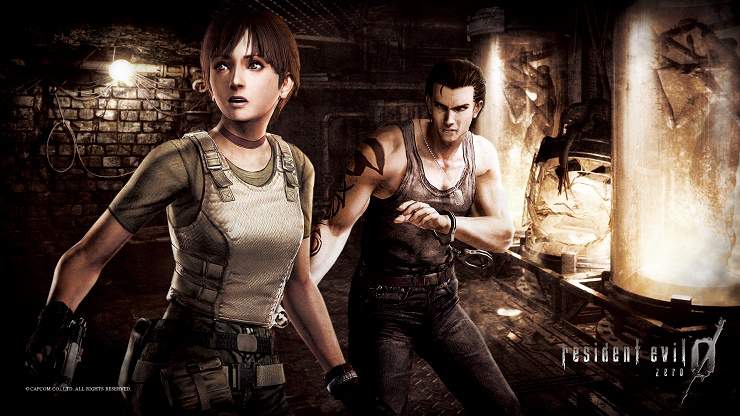 The story of Resident Evil 0 takes players back to 1998. Reports have been mounting about unusual murders on the outskirts of Raccoon City. The city’s Special Forces division, S.T.A.R.S., sends their Bravo Team – including rookie cop member Rebecca Chambers – to investigate. On route, the team’s helicopter suffers engine trouble and is forced to make a crash landing, where they find an overturned prisoner transport vehicle. Splitting up to search the area, Rebecca discovers the Ecliptic Express, a train stopped dead on the tracks. Inside, she meets death row convict and ex-Navy lieutenant Billy Coen. Throughout the game, you will take control of both Rebecca and Billy, at times switching between both characters in order to proceed. Learning the advantages of each character is the key to solving puzzles and surviving the nightmares that lie ahead.