Singer, rapper, and songwriter Rachael Messini was born in Honolulu, Hawaii, in 1984. Rachael started dancing (tap, jazz and ballet) competitively at the age of 4 and began singing for fun around the same time. Singing and dancing became her passion and in 1998 (8th grade) Rachael’s part-time family music group “Souljahz” got a chance to go overseas to Aachen Germany and record their first full length album with a young producer who they met through a family friend. As soon as they returned to the states their father took the finished album to the ASCAP offices. After a couple meetings they found themselves sitting in the offices of Jimmy Iovine, the CEO of Interscope Records. The group received offers from several major labels including Interscope, Warner Bros. & Atlantic Records. In the year 2000, after lengthy negotiations, they ended up signing a deal with Warner Bros. Upon their first major label release Rachael became the youngest singer, writer and producer in Warner Bros history, at only 17 years old. The troupe performed alongside the lauded and diverse likes of No Doubt, Nelly, Counting Crows, Ja Rule, Ashanti, Garbage, Boyz II Men and Erykah Badu on a cross country tour in support of their major label debut “The Fault Is History.” Television features followed on CNN Headline News, E!, Billboard, The WB, plus a slot on Sessions@AOL beside Christina Aguilera, 50 Cent, Shania Twain, Faith Hill and Red Hot Chili Peppers. The group’s debut album had several #1 CHR hits and won them 2 Dove awards. But even with the tremendous amount of buzz and overwhelming fanfare, red tape soon wrapped itself around the burgeoning band, putting a long delay on what would’ve been its sophomore CD.

In 2006, the group re-emerged independently as The Washington Projects. They have since released two albums, “Commanders Of The Resistance” in 2007, and “Light Up The Dark” in 2010, of which both garnered critical acclaim and rave reviews. Between 2006 and 2010 they toured nationally and internationally traveling twice to war zones in Iraq to entertain the troops, as well as headlining a tour to Italy alongside The Nappy Roots. Recently, Rachael signed with Seattle-based Save the City Records to release new material and make new appearances. “I can’t explain what a blessing it has been to have been able to answer God’s call on my life alongside the people I love most, my brothers and my family. We have been through so much in these past 15 years and through it all these things remain… God’s love for us and our love for Him… and I am very excited to get to share my very first solo project with you all.” 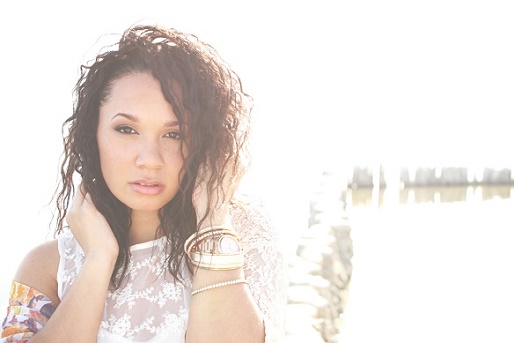