Pro Evolution Soccer 2018 (abbreviated as PES 2018) is a sports video game developed by PES Productions and published by Konami for Microsoft Windows, PlayStation 3, PlayStation 4, Xbox 360 and Xbox One. The game is the 17th installment in the Pro Evolution Soccer series and was released worldwide in September 2017. A Nintendo Switch version is not in development, but Konami said they are open to the idea in the future. Konami has kept with the theme of the previous release. They announced a special “Barcelona Edition”, along with a pre-order bonus content for digital downloads and physical disc versions. Barcelona, Atlético Madrid, Borussia Dortmund and Liverpool F.C. were confirmed as being licensed at E3 2017, FC Schalke 04, Valencia CF, Fulham F.C. and the Brazil national football team are licensed as well, the France national football team was confirmed in the online beta. Wikipedia®. 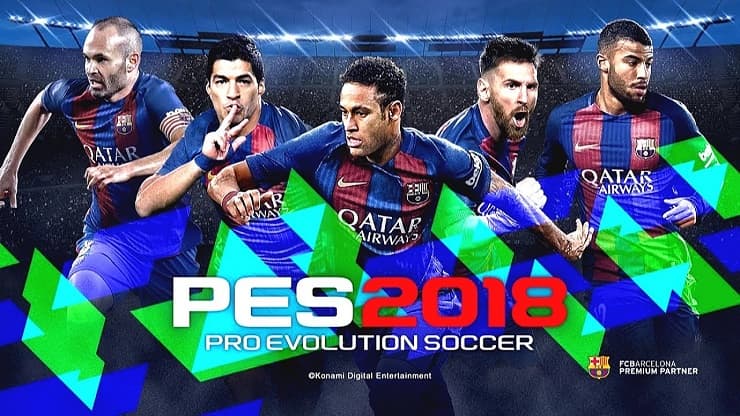