Due to an unknown cosmic event, listed in “phases”, ants have undergone rapid evolution and developed a hive mind. A scientific team begins investigating strange towers and geometrically perfect designs that ants have built in the desert. Except for one family, the local human population flees the strangely acting ants. James Lesko and Ernest Hubbs set up a computerized lab in a sealed dome located in an area of significant ant activity in Arizona. The ant colony and the scientific team, along with the holdout family, make war against each other; the ants are the more effective aggressors. The narrative uses the scientific team as the main protagonists, but there are also ant protagonists going about their duties in the colony. The ants immunize themselves to the humans’ chemical weapons and soon infiltrate their lab. Teams of ants penetrate the computers of the lab and short them out. After Lesko decodes a message, Kendra Eldrige, a young woman who had taken refuge with the scientists, becomes convinced that her actions have enraged the ants. Seeking to save the two scientists, she abandons the lab and apparently sacrifices herself. Wikipedia® 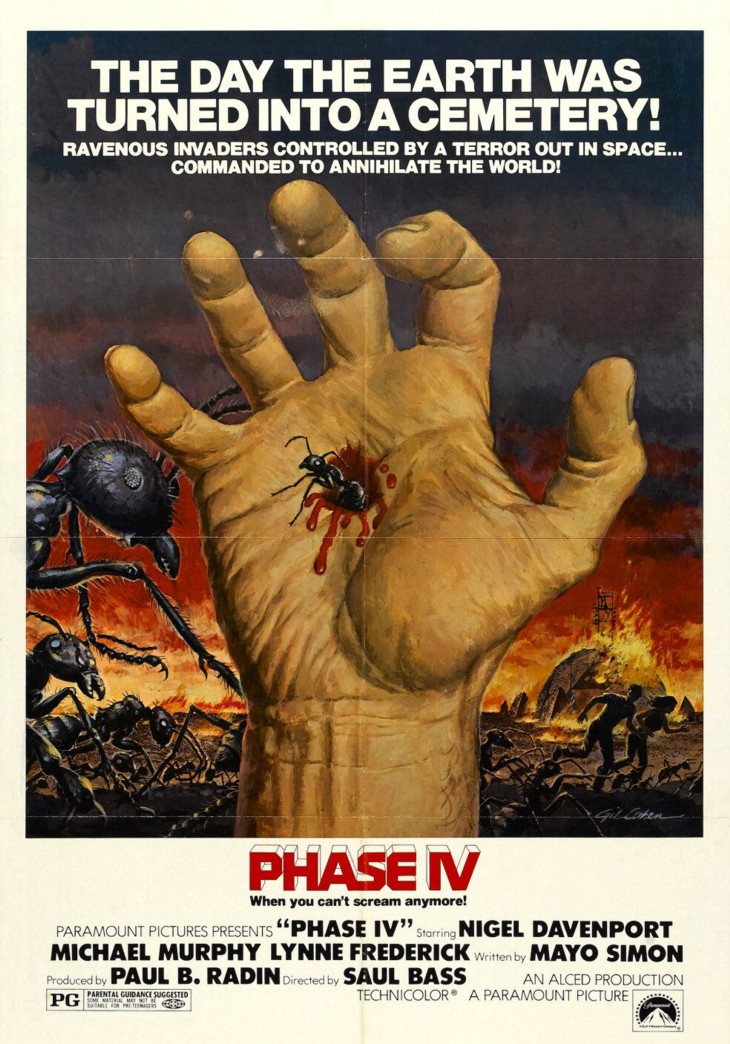 The interiors of the film were shot at Pinewood Studios in England and the exterior locations were shot in Kenya, Africa even though the film is set in the Arizona desert of the United States. It was produced by Alced Productions and Paramount Pictures.

Hubbs and Lesko begin to have different plans for dealing with the ants. While Lesko thinks he can communicate with the ants using messages written in mathematics, Hubbs plans to wipe out a hill he believes to be the ants’ central hive. Delirious from a venomous ant bite, Hubbs can barely get his boots on but is determined to attack the hive and kill the ant queen. Instead, Hubbs literally falls into trap – a deep ditch that soon fills with ants that consume him. Helpless to save Hubbs, and concluding that the ants will soon move into desert areas where their growth will exceed man’s ability to control them, Lesko chooses to follow Hubbs’s plan. He sets out to the hive with a canister of poison. Descending into the hive, Lesko hunts for the queen but instead finds Kendra. The two embrace, and Lesko realizes that far from destroying the human race, the ants’ plan is to change them and make them a part of the ants’ world. In voice-over, Lesko states that he does not know what plans the ants have, but he is awaiting instruction. Wikipedia®

Phase IV is a 1974 American science fiction film. It is the only feature-length film directed by graphic designer and filmmaker Saul Bass. It starred Michael Murphy, Nigel Davenport and Lynne Frederick.