2012 JUNO Nominee, Emerging Artist of the Year nominee at the Canadian Folk Music Awards and Winner of the CBC Galaxie Rising Star Award, recording artist Peter Katz captivates listeners with his unique brand of contemporary folk music. Playing 150+ dates a year all over the world, Katz’s remarkable grassroots efforts have resulted in him selling over 15,000 copies of his discs and sharing the stage with such notable artists as The Swell Season, Dan Mangan, The Good Lovelies, Joel Plaskett, Bahamas, Lucky Fonz III, Donovan Frankenreiter (to name a few) and the legendary Garth Hudson from The Band.   Peter’s 2010 studio record ‘First of the Last to Know’ debuted at #1 on the iTunes singer-songwriter charts and features a guest appearance by Academy Award Winner Glen Hansard (The Swell Season, ‘Once’), JUNO Award Winners The Good Lovelies and Melissa McClelland (Whitehorse, Sarah Mclachlan) 2011 saw Peter release a live CD/DVD entitled “Peter Katz and Friends: Live at the Music Gallery”, an intimate snapshot of Peter doing what he does best, playing for a room full of people. The concert was recorded in front of a sold-out crowd and reveals an artist at home on the stage, connecting with an audience like few performers can. It also recently earned him a JUNO nomination for Music DVD of the Year. Not one to waste any time, Peter has a brand new studio album called ‘Still Mind Still’ which was released on April 24th, 2012. This new collection of songs is Katz’s best writing to date, recorded mostly live off the floor at a cabin in the woods and surrounded by a stunning atmospheric production thanks to producer Rob Szabo.

DEAR is comic-book style flip book through a wide selection of PETER KATZ’s many alternate personalities. Anonymous hands from unseen bodies frequently invade PETER’s personal space. Sometimes they are covered in letters or paint, other times, they squash, clap, and interact with strange, hand-animated squiggly lines that seem to inhabit and sometimes personify the vulnerable admission of the song’s lyrics, and the occasionally impassioned wail of the music. DEAR is an unusual mix of dark and light themes built with colourful pieces, an honest to goodness, heart on the sleeve performance from PETER, and a hell of a lot of dizzying, hand-painted vintage wallpaper patterns. 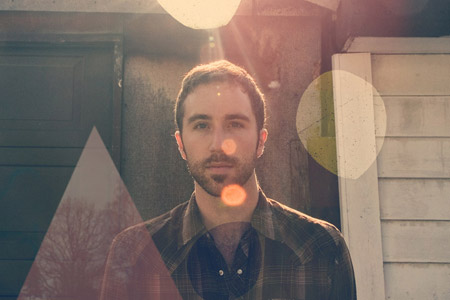