Parker Diaz Martinez was born in Cuba, in the province of Santiago de Cuba on July 10th , 1979. Since very early in his life his parents broke up leading him to deal with this situation where he had to face two different characters. Since very early in his life he had an idol: Michael Jackson who was already at his hardly 9 years his principal influence and mentor. As soon as he noticed Jackson’s appearance he began loving him with all the strengths of his heart. He wanted to be like him, he wanted to walk, talk, dance and sing like him. Then he tried by dance but actually it was a total disaster, then he picked the choice of speaking like him and thus, at almost the age of 10 he began to study his language so he could talk and sing like him. Michael Jackson was the main influence that Parker had, he even tried hard to learn his lyrics and he nearly made it. Parker never went to a music or art school, he never had any preparation or something to do with music; but he received the influence of his sister Astrid who is nowadays a talentous piano teacher. In fact; at the age of 9, he went together with his sister to music examination in order to study piano, but unfortunately, his sister passed the exam and he failed. This situation caused him to have much more inclination for the English language and being out of music. But the piano bought by his mother in his place, his sister playing tirelessly the piano there plus MJ’s music finally and definitely led him to feel interested in music and singing. Parker never thought about singing professionally until he was 17 when he met DJ(Jorgito), a very nice boy on the way to a teenagers’ party. There, when he noticed the party world, he immediately felt like making his own songs, he liked techno songs so much that took that way forgetting like this momentaneously MJ’s music. On a beautiful afternoon, he was given a CD from TWO UNLIMITED, a Dutch techno duet and he loved his music, this was the starting point for Parker to think about having a band. He first thought about being like TWO UNLIMITED and composed like this 10 themes with the same rythm just like TWO UNLIMITED being like this his first compositions, unfortunately two of these themes got lost and he never got to develop his lyrics.

Then, when he entered the Army he felt interested in Reggae music as a way to make fun of his Boss, the LeuTenant Nuñez, Parker composed almost 40 reggae songs(all of them are almost lost) which were sung with his army mates, specially with the Duharte brothers, who he really got along with. When Parker got rid of the Army, he went to the Universty to study to a Kindergarting teacher, not being this his inclination, but it was a way to spend only a year in the army, in fact he always dreamt about becoming a scientist, but due to reasons that he shouldn’t say, he just changed his mind. Later on, he got access to another university in which he studied computers, there, playing with them and watching videos, he watched for the first time the BackStreetBoys video clips and he got shocked, he got so emotionated that he longed for being like them leading him to get four more boys and start a band like BackStreetBoys and NSYNC that he also saw later. One night, while he was peacefully sleeping, he had a wonderful dream, he dreamt about the song LADY, he saw himself in his dream in the middle of a stage with the rest of his boys singing the theme LADY. This dream meant so much to Parker that he as soon as he woke up reproduced his dream on a piece of paper. Exactly ten days later he had another dream just like the first one but with the theme ALL MY NEED, he dreamt about its video clip and Parker of course did the same on a paper just like the first one. Those two dreams gave Parker the faith he needed to keep on fighting for more than 6 years to make his dream come true. During that early starting time, he met Fiorella a beautiful Swiss girl who was the greatest love of his whole life. She was the one who in the middle of a rehearsal suggested the name HEARTBREAKERS while we were looking for a name for the band. She based her idea on the fact of that most of the songs composed were ballads and talk about love. As everything was Parker’s idea, it was decided that he would be the director of the Band. Parker had many HeartBreakers in his band, but due to being a hard Boss and some indiciplines of his members, he was forced to change them several times through the almost seven years of work remaining now only Parker who has decided to sing alone momentaneously. Maybe in a close future he looks for the rest HeartBreakers that he needs. He made a demo himself with three songs that are already registered in Cuba in order to not run the risk of being stolen of illegally copied. Parker is now in search of any record label deal who would like to work with him and his music. Parker took the demos to Germany and unfortunately lost them for many years. For a couple of weeks he found them and decided under the name of Parkuschito(his German nickname) to finish and continue what he once started 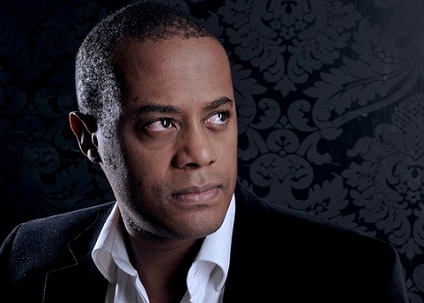