One Piece: Unlimited World Red is an Action/Adventure video game based on the famous One Piece manga and anime. This is the thirty-sixth video game based on the series, and the fifth title in the Unlimited sub-series. It was released for the Nintendo 3DS in Japan on November 21, 2013 and released for additional platforms and in more regions the following year. On March 12, 2014, the game was confirmed to be releasing in North America, Europe, and Japan in 2014 on Wii U, PlayStation 3 and PlayStation Vita. The Wii U version does not have a physical retail release in North America and Australia. Wikipedia®. 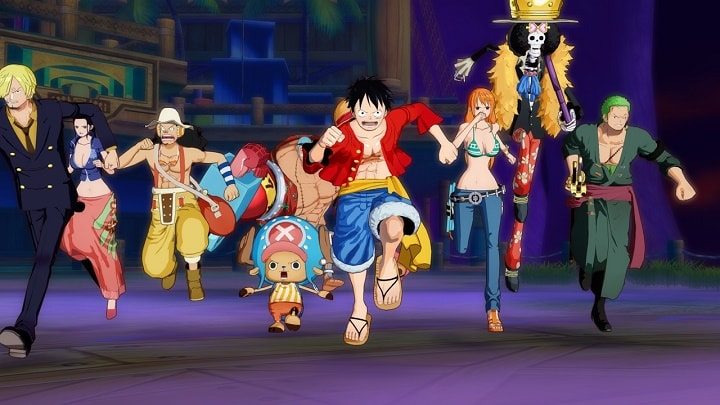 It follows the same gameplay of previous Unlimited series games such as the butterfly hunting and fishing. This game is playable with up to 4 players on both the Nintendo 3DS and Playstation Vita, however only up to 2 players on Nintendo Wii U and Playstation 3. There is also DLC for the game. In comparison with One Piece Unlimited Cruise SP, the controls have significantly changed. In Unlimited World Red, the Circle button is used for jumping and the Square and Triangle buttons for attacking. The X button is used to dodge, guard and counter enemy attacks, which is new as Unlimited Cruise SP only had the capability to dodge enemy attacks. The SP gauge used for special attacks is now used in a different manner as well. The gauge is empty at first and requires the player to fill it up in order to use special attacks, unlike in Unlimited Cruise SP where the gauge depleted upon use of special attacks.