Niia – Body” From its first haunting piano arpeggios, “Made for You” is an audacious debut single revealing a darkly romantic vision. And the video, directed by notorious filmmaker Tony Kaye, is equally so. Eerie footage of a silicone-sex-doll factory mingles with images of sex and death, Hollywood glamour and promise lost. Not until the final frames do we see Niia herself: an enigmatic sylph stripped bare, rising to strangle the man who would objectify her. This is no one-note pop tart. Niia’s music has been described as horror soul, dream pop, and future jazz. It’s all of these things, and more. “Made for You” is a ballad with bite, a bit like an amalgam of Massive Attack, Sadé, and Chopin. The B-side, “Generation Blue,” has a sultry R&B trip-hop flavor, underlaid with shadowy synth progressions that evoke Kid A-era Radiohead. (“I sometimes feel I’m a jazz singer in a spaceship,” Niia says.) The songs stay with you—haunt you, even. They were written, like most of her work, late at night. And both are in the minor key—to be expected from a woman who has Chopin’s E Minor Nocturne tattooed on her forearm. 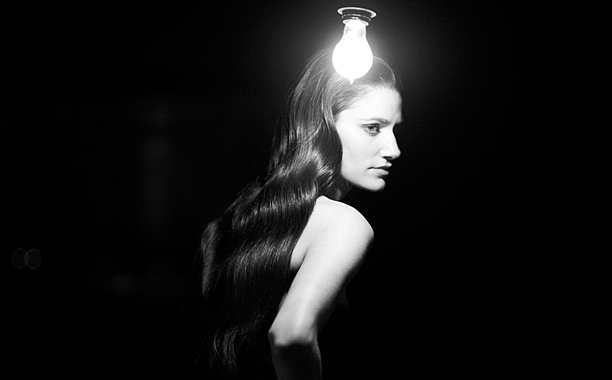 Niia Bertino—pronounced “Nye-a”—is twenty-five. She has the carriage of a Bertolucci ingenue and the shyness of a schoolgirl. Her Italian-born mother is a classical pianist, and from a very young age, Niia has been, too. Her aesthetic also comes from a childhood steeped in the cinema of the motherland, from Argento to Scorsese to The Sopranos—”I love a good bloody film,” she says—and its heroines: “Strong, beautiful women who embraced emotion… femmes fatales with secrets.” At her Catholic girls’ school near Boston, she was a “total music nerd,” cutting math to hide out in the chapel and play Debussy and Rachmaninoff. By thirteen, she was fronting an off-campus jazz trio. She applied, and got in, to several top conservatories. But instead, Niia did what so many misfit artists have done: she moved to New York City. Between jazz vocal classes while enrolled at the New School, the teenage Niia toured a recording studio and happened to meet its owner, Wyclef Jean. As soon as he heard her sing, Clef took her under his wing. Guest spots on his world tour and hit single “Sweetest Girl (Dollar Bill)” followed. A&R execs took notice.

Not many 19-year-old aspiring singers would have refused the interest of major-label CEOs looking to create the next Avril or Xtina, but Niia didn’t want to be the next anything. Her heroes—Nina Simone, Björk, Fiona Apple—are sensitive, complicated women who make sensitive, complicated music. Niia’s sound and image “just had to come from me,” she says. “People thought I was crazy, but I wouldn’t have it any other way.” She decided instead to take some time off, to focus on writing, to experience life and love in New York. And that city grew to love her: Niia has become something of a downtown cult hero, singing as a special guest at the underground theatre sensation Sleep No More and hosting a recurring night of James Bond theme-song covers, complete with 14-piece backing orchestra, black-tie dress code, and girls in gold serving martinis.

Niia’s debut LP will be released later this year; she’s been recording in Los Angeles (which she’s not sure she could live in; “nobody there wears black”) in the studio of a kindred spirit, the equally mysterious Robin Hannibal of Danish duo Quadron. “It’s about dreams and love,” she says. “I want you to feel like you’re in another place. The play on what’s real and what’s not real is interesting to me.” Her writing is as influenced by visuals as it is by music, and she had cinema in mind when readying her first single. “It’s a love song, but I thought it would be cool to flip it,” she says. “For the video, I wanted something a bit shocking.” By accident, she saw Guys and Dolls, a documentary about lifelike silicone dolls that some men use not only as sex toys, but also as real companions. Niia imagined a tale of the mannequins as metaphor for celebrity culture, with one doll coming to life to rebel against the violent patriarchy. For such a twisted story, only one filmmaker would do: the brilliant mind behind one of her favorite films, American History X. Says Niia, “I was like, ‘I need Tony Kaye.'”

Niia finally tracked Kaye down with a Hail Mary technique: showing up at his house in L.A., “like a crazy person.” (Kaye has since become a great friend and mentor.) The fruit of their collaboration is at once macabre and beautiful, disturbing and empowering, likening female objectification to death and lending deeper shades of meaning to the spare, moody love ballad. The lead mannequin, as it happens, was molded from a 3-D scan of Niia’s face.

That all this is part of Niia’s debut is no accident. “Made for You” is both a “love letter to the audience,” she says, and a reflection on the nature of entering public life. “I’m really afraid to be in the music industry, deep down,” she says. “I was thinking about Whitney Houston and Amy Winehouse… my fear is giving in too much, losing myself and falling apart like some of my vocal idols. Some artists change so drastically to be famous.” Having let her material (and herself) mature for a while, Niia is ready to launch her career on her own terms—and at the same time, accept the chaos of imminent fame. “As much as it’s a beautiful love song, it kind of transforms into a confession,” she says. “Here I am; I’m made for all of you.”