Nights of Azure is a 2015 action role-playing game developed by Gust and published by Koei Tecmo for the PlayStation 3, PlayStation 4, PlayStation Vita and Microsoft Windows. The game features an RPG battle system where characters fight alongside contracted demons known as Servan. These demons can be summoned during battle through the use of SP, and are categorised into attacker and support types. As they become stronger through subsequent battles, they gain new abilities. The player accepts quests and performs customisations at the Hotel, when not taking orders to progress the story or battling enemies. Arnice can also land attack chains using light, heavy and special attacks, with each chain gradually filling a transformation gauge. When full, the player can trigger a transformation which increases offensive power. 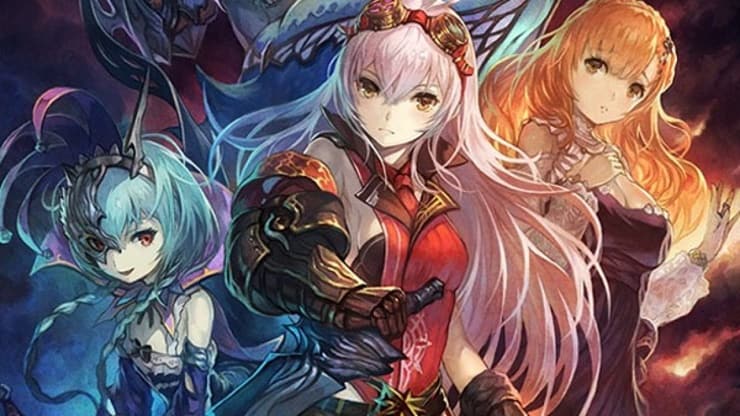 Her demon form allows her to control flames, while her rabbit form focuses on speed and melee combat, and her phantom form improves her recovery capabilities. She is also able to transform her blood into different types of blood power weapons depending on the situation, such as daggers and longswords, which change her attack moveset and the abilities of summoned demons. The game also contains an optional arena where players can take on various challenges and earn rewards, and these include battles with special restrictions placed upon them and fighting against enemies within a labyrinth. The game follows the journey of two girls within an uncharted land known as Rusewall Island, where no one sleeps at night. After humans emerged victorious from the battle against the Ruler of the Night, the blue blood from the monster scattered and polluted those who bathed in it, changing them into creatures known as Jayou which steal night-time from the people. Wikipedia®.