Dubbed a “soul songstress” by Phillyburbs.com, Nicky Egan is an accomplished songwriter, vocalist and keyboardist who commands the stage with captivating energy. Originally from Philadelphia, Egan grew up in a home where the sounds of Richie Havens, Bob Marley, and The Rolling Stones were frequently buzzing on the stereo. “My folks say, as soon as I could shower, I was singing. When I was four I told my parents I wanted to take piano lessons.” Her grandfather, a musician in the army band, encouraged her to explore jazz and blues and introduced her to vocalists like Sarah Vaughn and Etta James. Egan has been writing music since she was 13 years old, a passion that led her to a scholarship at Berklee College of Music. After four years in Boston, Egan had earned a degree in Contemporary Writing and Production and formed the first incarnation of the Nicky Egan Band. The quintet traveled throughout the east coast, entertaining enthusiastic crowds and developing an electrifying show that was widely embraced in the soul/funk world. Sharing bills with other soulsters like Eli “Paperboy” Reed, New Orleans’ Charles Neville and Nigel Hall, they’ve frequented venues like The Middle East in Boston, World Cafe Live in Philadelphia, and traveled west with a few stints at the famed Whisky A Go-Go. In 2011, Egan released her debut album, a 12 song LP, she co-produced with band-mate Johnny Simon Jr. The album, Good People, was received with rave reviews. Performer Magazine described the LP as being “garnished with funk and marinated in soul.” Radio Boston described Egan as having “a voice that sounds more soulful and world weary than her 23 years might suggest.” During this same time, Egan felt her Boston chapter had reached its end and relocated to Brooklyn, NY. She encompassed herself in the artist haven that is New York City and joined Turkuaz, a 10-piece funk powerhouse, who she would spend two years touring the country with. Currently still based in Brooklyn, Egan’s dedicated the last year to writing, recording and plastering her footprint in New York’s music scene. Performing both solo and full band, her live show encompasses a raw rock and soul energy, consistently drawing in new fans, with her unassuming and powerful presence. 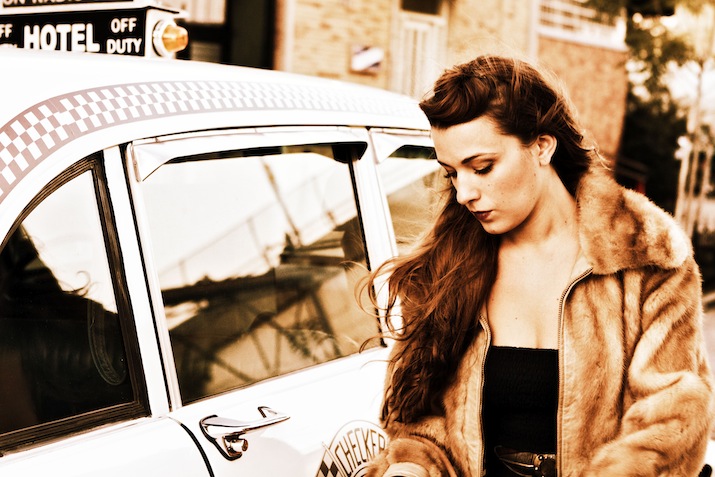