Ni no Kuni II: Revenant Kingdom is a role-playing video game developed by Level-5 and published by Bandai Namco Entertainment. The game is a sequel to Ni no Kuni: Wrath of the White Witch, and was released for Microsoft Windows and PlayStation 4 on March 23, 2018. Players control Evan Pettiwhisker Tildrum, a young king who was usurped from his castle and sets out to reclaim his kingdom. While players can freely navigate Evan throughout the game’s open world, other characters can be controlled during battles against enemies. During these battles, players use magical abilities and elemental creatures known as “Higgledies”, which are used to cast spells. 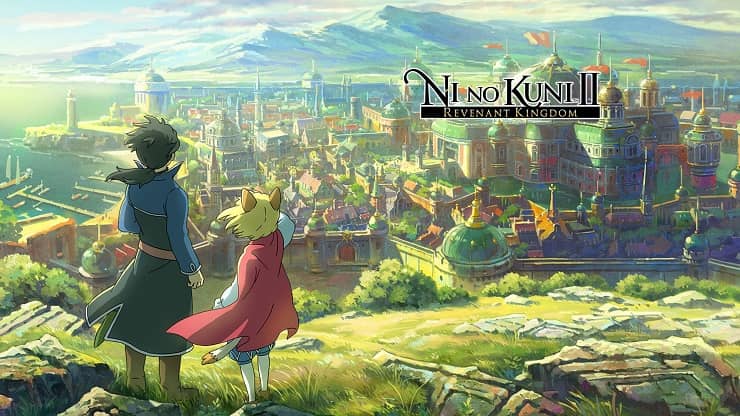 Set hundreds of years after the events of Wrath of the White Witch, Ni no Kuni II: Revenant Kingdom features the cat and mouse tribes, two factions at war in the town of Ding Dong Dell. During the events of the game, the mouse tribe performed a coup d’état, taking control of the kingdom. The story follows Evan Pettiwhisker Tildrum, a boy king of the cat tribe, who is taken from his castle and sets out to reclaim his kingdom. He is aided by Roland, a visitor from another world, and Tani, the daughter of the boss of air pirates.him. Join him on an unforgettable adventure which blurs the line between animated feature film and video game. Developed by LEVEL-5, Ni no Kuni II features enchanting character designs from the legendary artist Yoshiyuki Momose and a stirring soundtrack composed by the world-famous Joe Hisaishi. Ni no Kuni II: Revenant Kingdom is a role-playing game played from a third-person perspective. Players complete quests to progress through the story. Quests are set out as linear scenarios with set objectives. The game includes outside of quests as well as letting players freely roam the open world. The world includes many towns, villages, dungeons, and other dangerous places scattered throughout ready to be explored. Upon leaving any location players enter the world map, the players can run around the overworld which is presented in a diorama with their characters portrayed with a chibi-like design.