Moglebaum is a 5-piece band from cologne/duesseldorf (germany). Everything has started some years ago as a one-man-project from the 23-year-old student of music and producer of Moglebaum, Simon Ebener-Holscher (solo aka “Moglii”). Soon after, other musicians joined the band. Since then the electronic compositions were mixed with acoustic instruments. This mix of genres defines their very unique soundscape and the live-character of Moglebaum, composed of beat-based music andacoustic orchestration. Organic electronic beats, vocal-samples and the sound of analogue synthesizers a la` Flume & James Blake meet soulful vocals, violin and saxophone. Futuristic pop-music with a passion for detail. 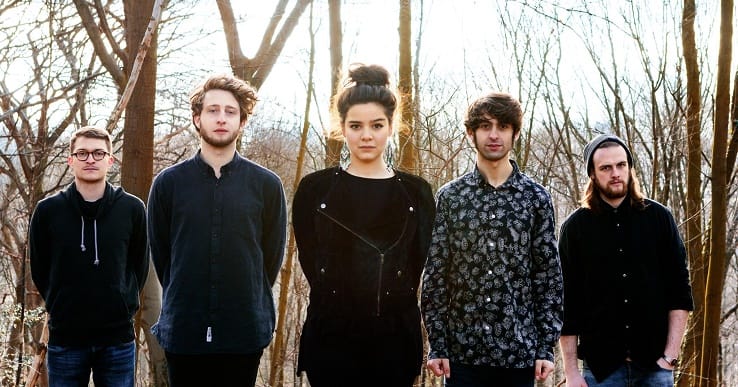 The music is driving, melancholic, surprising. Most of the samples are self-made, with the help of fieldrecording of coffee machines, shopping bags or cactuses. Bands who influenced Moglebaum’s sound might be “Bonobo”, as well as “Caribou” and “Sohn”. The name of the band has its origin in the Japanese anime “Pokémon”. The fascination for this special fantasy world has initiated the idea for “Moglebaum”.