Missiles Over Moscow, real name, Joshua Halliday, met Brighton label runners and orators of SmallPrint Recordings (Primate – Joe Vince, Marka – Mark Aidallbery and Effluent – Luke Wightman) by chance in a smoking area on a night out. His influences span hip-hop, jazz and soul which are channeled in his tracks which feature spliced voice-clips and altered samples. ‘Right Before Midnight…’ demonstrates this dynamic input perfectly, opening with chopped keys and gentle drums as a voiceover runs: “do you consider the world declining as the third age approaches… do you see a fourth age of the world?” Bouncy and pensive, the track levitates between two pillars of bliss and excitement. Smooth and seductive, Joshua’s production is indicative of someone well trained in their art, and diverse in their musical DNA. Soon to be owner of his own label, Mt. Moon Collective, he’s certainly one to keep an eye on. 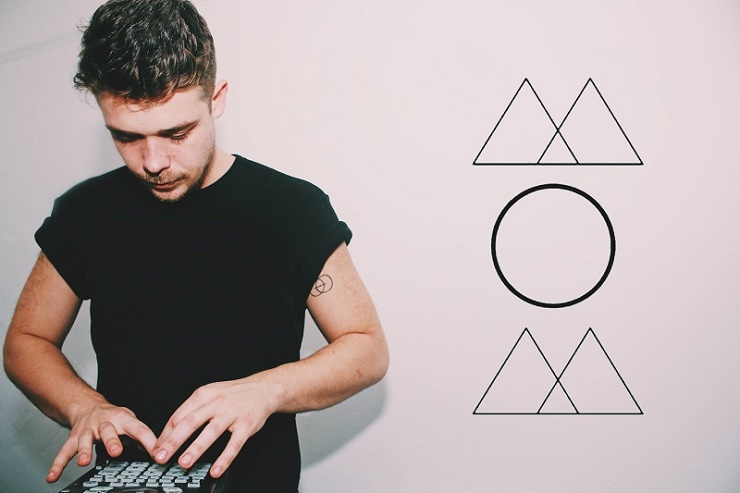 ‘Right Before Midnight…’ is lifted from SmallPrint Recordings thrid volume/compilation album, which features 34 tracks spanning 10 countries of origin. Featuring previous collaborators (Kercha, Khromi, Sun) and various newcomers (Ill Chill, Strangers, Mouldy Soul), the project is filled with a variety of genres: down-tempo, ambient, lounge bass, future-step, nu-jazz, etc. The release promises to be a mesmerising journey from start to finish, with a tune perfect for every mood and every kind of listener. SmallPrint Recordings was born in 2014 out of three friends all studying music production in their final year at university. Having been friends from a young age, the visionaries shared a joint love for electronic music, notably sneaking into drum and bass nights in 2008. Mixing vinyl records and making minimalist drum and bass tunes originally, the real project began to materialise when the members began to immerse themselves in other genres, including jazz, hip-hop and ambient electronica.

Missiles Over Moscow: Right Before Midnight

Sharing their first real material on Soundcloud, SmallPrint Recordings gained the momentum to launch their first compilation album – a 20-track offering composed by producers the trio met online, friends of the group, and fellow producers in and around the Brighton area. Since then producers have shared multiple EPs with the label to release, and subsequently the company have had the creative stamina to put out a second volume of collaborative recordings. Now back with their stellar third volume, SmallPrint are certainly at the helm of a new wave of genre-pushing music and an innovative release process. If Missiles Over Moscow’s track is anything to go by, then music-lovers from all walks of life should be certain there’s something for them here.