Mideau is an American Indie Pop duo based out of Provo, UT. The band formed in late 2012 with members Libbie Linton (guitar, keys, vocals) and Spencer Harrison (bass, keys, vocals). Their sound involves traditional and electronic instruments and has been likened to Beach House, Vampire Weekend, the xx, and Mama Cass. Linton and Harrison initially met while both were preoccupied with other projects. After graduate studies and living abroad, the two unexpectedly reunited and began creating music, forming Mideau. Though a young project, Mideau has sold out their first six shows, and used short snippets of unfinished tracks and live recordings to successfully raise nearly $12,000 using crowdsourcing. Mideau is currently working on a debut album with producer Nate Pyfer (Kaskade, The Moth & The Flame) and Scott Wiley (Neon Trees, Phoenix), which is set to release in early Fall 2013. “Mideau is undoubtedly one of the best bands playing in Utah right now, despite the fact that they have yet to put out a full-length LP.” – Benjamin Bombard, City Weekly and KUER “I’ve heard early recordings and it is some of the most refreshing and creative music I’ve heard in years” – Corey Fox, Velour Live Music Gallery.

Mideau – Way with Words Lyrics:
I do my best to keep from catching cold and getting quiet
And though I try to sleep the sound once soft is loud
So loud and clear
It’s constant and banging on the back porch door

Take all four to five years long passed by
It hurts; still we’ll go off and write the show

Take all four to five years long past by
It hurts; still we’ll go off and write the show

The world’s on fire
Oh no!
Death and life, all you like
Oh no!

But you have a way with words and they’re gonna be heard. 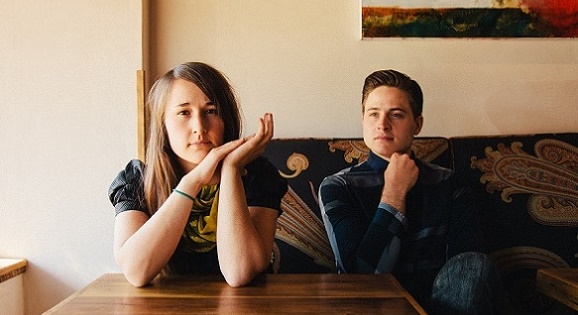