Melanie Joy Fontana is an award winning, multi-talented singer/songwriter/actress originally from Newington, CT. After living in New York City, she has relocated to Los Angeles to work as a songwriter and to continue her own music project. Melanie has a five octave vocal range and a bold, soulful voice. Although her main genre is considered Pop/R & B, Melanie can sing with ease (and write in) all genres of music; from Rock to Country to Broadway/Show/Movie tunes to easy listening and jazz selections, as well as, children and teen tunes. Melanie has received awards and accolades for both her vocal abilities and songwriting skills. She’s been featured in press articles and radio station performances and interviews. Melanie was acclaimed for a trio of parody songs she wrote for DJ Gary Craig of WTIC-FM Hartford’s 96.5 “Craig and Company” morning show over the past few years in which all received airtime at internet and mainstream radio stations coast to coast. Performance locations over the years include the World Famous Apollo Theatre in Harlem, Camden Yards in Baltimore for the Baltimore Orioles, as well as, New York hot spots: CBGB’s, The Bitter End, and B.B. Kings. More recently, she performed at Club Eleven and House of Blues in Los Angeles, CA. She’s been the National Anthem vocalist for dozens of minor league ball teams and both public and private charity events. FOX TV and WTIC-FM 96.5 Hartford, CT named Melanie the first “Connecticut Idol” in October of 2002. Melanie completed two contracts as the show band vocalist aboard two Carnival cruise liners: the Carnival Conquest and the Carnival Victory. Melanie has some acting credits under her belt too; the most memorable being a featured-extra on CBS/Sony (then VH-1’s) “Love Monkey”. Melanie has 14 years recording studio experience. She has done both song demo work and songwriting for many production groups, both large and small, from coast to coast, Canada, Sweden and Norway. She was recently a songwriting consultant to the front-runners of “Idol Norge” 2013 (Norwegian Idol) Her songwriting credits include cuts on Justin Bieber’s “Under the Mistletoe” and K-pop’s Girls Generation “Girls and Peace” and a single released by DJ TyDi in which she is the featured vocalist as well as co-writer; just to name a few. 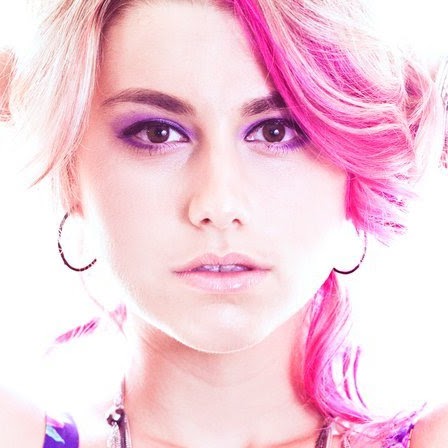