Melanie Durrant (born in Toronto) is a Canadian urban contemporary-style singer. She attended the Earl Haig School of the Arts and also trained at the Royal Conservatory of Music. Melanie Durrant has received multiple accolades though out her career. She was nominated in several categories at the 2004 Canadian Urban Music Awards and at the MuchMusic Video Awards. Melanie Durrant has collaborated with artists such as Kardinal Offishall, Choclair, Common and Slakah The Beatchild. She has shared the stage alongside Jay-Z, 50cent, Jill Scott and Sean Paul. Melanie Durrant has also been involved with numerous educational initiatives, such as headlining the ‘HipHop4Africa’ Mandela Children’s Fund Canada and CapAids February 2006 Toronto benefit which was hosted by George Stroumboulopoulos. Deejay Ra, who interviewed Melanie for the event’s DVD, also did a live reading at the sold-out event as part of his ‘Hip-Hop Literacy’ program, promoting Mandela and Tupac books to the students in attendance. In 2013, Melanie Durrant’s reggae influenced lovers rock single, “Made For Love[3]” was nominated for Reggae Single of Year for the 2013 Juno Awards. Wikipedia®. 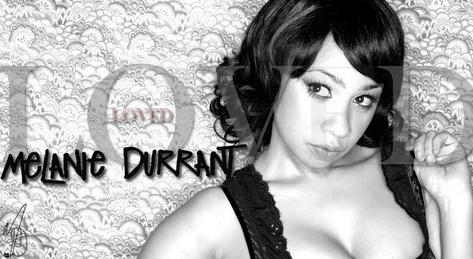