Mass Effect 2 is an action role-playing video game developed by BioWare and published by Electronic Arts. It was released for Microsoft Windows and Xbox 360 in 2010, and for PlayStation 3 in 2011. Mass Effect 2 is the second installment of the Mass Effect series and a sequel to the original Mass Effect. The game takes place within the Milky Way galaxy during the 22nd century, where humanity is threatened by an insectoid species known as the Collectors. The player assumes the role of Commander Shepard, an elite human soldier who must construct and gain the loyalty of a diverse team and stop the enemy in a suicide mission. With the use of a completed saved game of its predecessor, the player can impact the story of the game in numerous ways. Wikipedia® 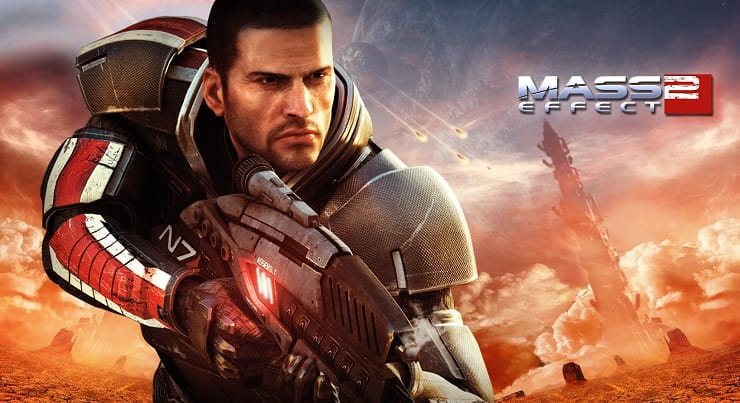 Two years after Commander Shepard repelled invading Reapers bent on the destruction of organic life, a mysterious new enemy has emerged. On the fringes of known space, something is silently abducting entire human colonies. Now Shepard must work with Cerberus, a ruthless organization devoted to human survival at any cost, to stop the most terrifying threat mankind has ever faced.
To even attempt this perilous mission, Shepard must assemble the galaxy’s most elite team and command the most powerful ship ever built. Even then, they say it would be suicide. Commander Shepard intends to prove them wrong. Just like in the previous game, what you say to the other characters matters a great deal. Fortunately, the conversation system has been improved. The camera now pans around characters as they talk to one another to evoke a dramatic, cinematic feel. Also, Shepard can interrupt the conversation when given the appropriate prompt, taking situations into new directions that could help or hinder the mission. Shepard is more customizable than ever, letting you create your ideal lead character — gender, facial features, class, and of course, attitude. Once you embark on missions, you’ll be treated to an improved battle system that lets you target weak points and blast off your enemy’s limbs with a variety of weapons. Set out to lead your team to victory… or die at the hands of The Collectors. Either path is possible in BioWare’s smash hit, Mass Effect 2. Which destiny will you choose?