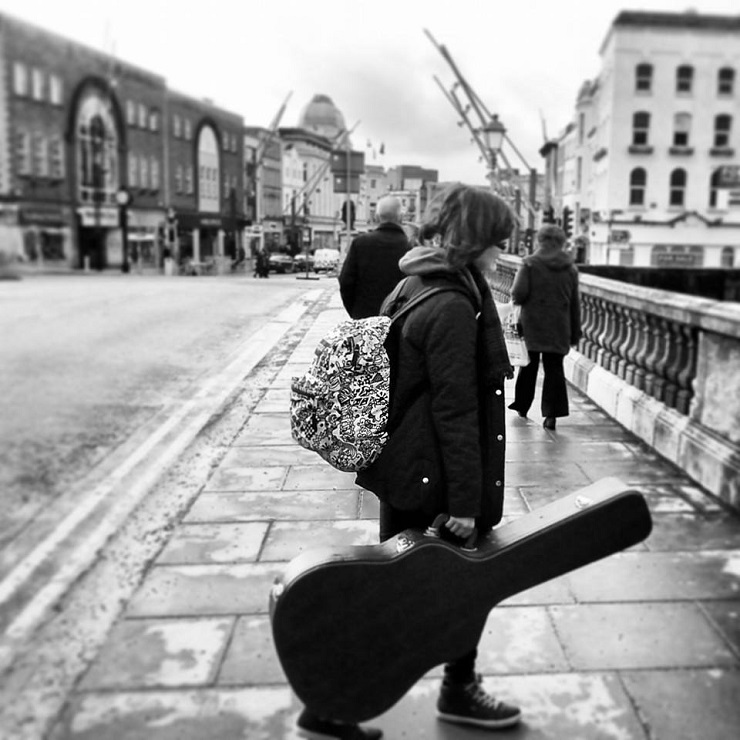 Maria Kelly is a singer and songwriter originally from Mayo, Ireland, and her understated yet anthemic new single “Black & Blue” is open-hearted, expressive and independent best of all. The single will receive its official release on July 1st care of London’s Veta Records, but you can stream it and her “Before It Has Begun” single, also wonderful, on her Soundcloud page in the meantime.

Maria has played numerous shows in both the UK and Ireland supporting the likes of Orla Gartland and Wyvern Lingo and playing venues such as Birthdays, The Lock Tavern, Whelans, The Ruby Sessions, The Button Factory, Cyprus Avenue, The Roisin Dubh, and The Workmans Club as a solo musician.

In the lead up to her performance for the Other Voices Music Trail 2015, Maria released her debut single ‘Before It Has Begun” through Veta Records, to much acclaim.

Maria is currently working in the studio on new tracks for her next EP and developing her live sound in preparation for a busy 2016.