Manor is an Australian band comprised of Caitlin Duff and Nathaniel Morse. They have released a handful of singles to date, most recently ‘They’ve Come Into My Home’, the final single of their Debut EP which premiered on Rolling Stone in March 2016. Previous singles ‘Can You Hear Me Talking At You’ debuted on Indie Shuffle and was featured on notable publications NME and HillyDilly to name a few. The film clip for ‘Can You Hear Me Talking At You’, directed by Anny Duff, premiered on Clash Music. The second single ‘Grand Mal’ was released in October 2015. 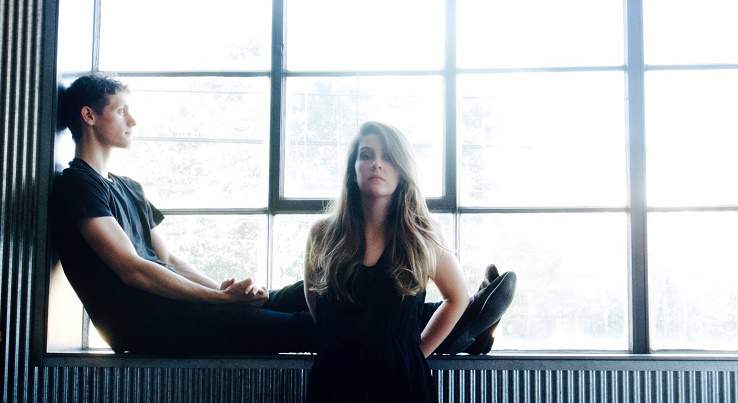 The songwriting partnership has thus far spawned three singles, Rhodesia, Afghan Hound and Architecture, whilst Manor write purposefully towards a debut EP. All three singles are out now. Manor compose songs loyal to the timeless principles of pop composition yet without fear of complicated arrangements and intuitive instrumentation. An intriguing combination of the conventional and the experimental, the known and the new.

‘They’ve Come Into My Home’, the third and final single taken from the self-titled EP is a rambunctious affair replete with trumpeting guitar lines and clanging percussion courtesy of Morse while Duff asserts striking lyrics. The single follows 2015’s ‘Can You Hear Me Talking At You’ and ‘Grand Mal’, both receiving acclaim from publications such as NME and Rolling Stone.

Manor: They’ve Come Into My Home