Manor, a duo comprising Nathaniel Morse and Caitlin Duff, was formed in 2011 and live in Melbourne, Australia. The songwriting partnership has thus far spawned three singles, Rhodesia, Afghan Hound and Architecture, whilst Manor write purposefully towards a debut EP. All three singles are out now. Manor compose songs loyal to the timeless principles of pop composition yet without fear of complicated arrangements and intuitive instrumentation. An intriguing combination of the conventional and the experimental, the known and the new. 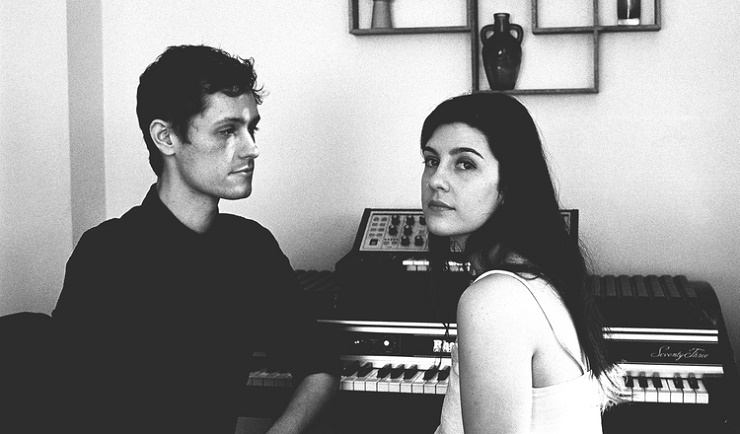 They have released a handful of singles to date, most recently ‘Grand Mal’ in October 2015. The single premiered on BlahBlahBlahScience and marks the bands second offering from their debut EP, coming in December 2015. The latest single from Manor’s debut EP is ‘Grand Mal’, a sophisticated, brooding work painted with industrial tones that demonstrates the full depth of Duff’s vocal range as well as Morse’s knack for unconventional instrumental arrangement the combined effects of which are unsettling, singular and intoxicating. The track was recorded at Elysian Fields in Melbourne, mixed by Gareth Jones (Grizzly Bear, Nick Cave & The Bad Seeds) in Shoreditch, London and mastered by Joe Lambert (Animal Collective, Unknown Mortal Orchestra) in Brooklyn, NYC.