The dynamic duo has teamed up for their new song “Christmastime Again” and are really excited for fans to hear it. “‘Christmastime Again’ is reminiscent of the 50’s doo whop songs like The Drifters’ version of “White Christmas” and Brenda Lee’s ‘Rocking Around The Christmas Tree’,” McClure says. “The lyrics reinforce the real reason for the season using titles from holiday carols/classics we all know and love.

Shane Henry, singer/songwriter/guitarist originally from Oklahoma City and now living in Los Angeles, began his musical journey at age 19 when he played 30 national dates on the B.B. King Festival Tour opening for B.B. King. Minneapolis producer/songwriter Kevin Bowe discovered Shane and got him signed with Blue Sky Artist Management, which led to the Festival Tour. Shane lived in the Twin Cities for 3 years playing most prominent venues in town including a a weekly residency at iconic venue, Bunker’s. He signed with noteworthy indie label Shanachie Records, and with fellow musicians Double Trouble (Stevie Ray Vaughan’s band), Kenny Wayne Shepherd, and Kevin Bowe, Shane’s album, Deliverance, was recorded and distributed in stores nation-wide. Shane’s musical style has evolved over the years from a heavy blues-influenced style to what is now an eclectic blend of rock, soul, blues, and pop. Listeners compare his sound to Lenny Kravitz, The Black Keys, and Gary Clark Jr. Shane has opened for many notable acts such as Etta James, The Neville Brothers, Jonny Lang, Doyle Bramhall II, Edwin McCain, Joe Bonamassa, Johnny Winter, Grand Funk Railroad, and many others. He is currently playing shows across the country, from national festivals to popular venues and events. Shane’s new album Light in the Dark, which was fan-funded via Kickstarter, will be released in the fall of 2016. Many TV shows including The Young and The Restless and Running Wild with Bear Grylls and feature films such as Approaching The Unknown (starring Mark Strong and Luke Wilson) are presently featuring Shane’s music. 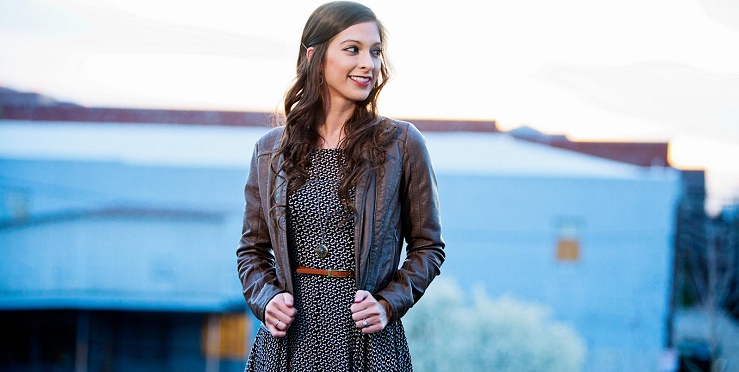 The Norman, Okla-bred, Los Angeles-based singer/songwriter/pianist Maggie McClurev has spent a good amount of her career placing her songs on TV shows such as Dr. Phil, Cougar Town, The Real World, The Vineyard, and The Hills, as well as in feature films like Cowgirls N’ Angels. Her smooth, confessional songwriting has made her a natural for these formats. Maggie has performed more than 1000 shows throughout her career in over 40+ states in the U.S. at iconic venues such as The Hotel Cafe in Los Angeles to Rockwood Music Hall in NYC, and everywhere in between. Her original piano-driven songs empower and inspire listeners with a positive message of hope, love, and faith. Maggie’s third and newest album, Time Moves On – produced by Justin Glasco, whose work includes Dan Wilson (songwriter of Adele’s hit “Someone Like You”), Gary Jules, Tyler Hilton, and Cary Brothers – chronicles her move from Oklahoma to L.A. and centers on the mental and physical bravery it takes to push yourself in an unknown city and make people pay attention and convince them to be part of your dream. Maggie has recently opened for Sara Bareilles, Alicia Witt, Walk Off The Earth, Tony Lucca, and others. Additionally, you can hear her singing on ABC Family/Freeform’s “The Mistle-Tones”, as well as Disney’s “Violetta”, where she sang the English role of Violetta for Season 1 now airing worldwide on Disney Channel. Maggie also had the privilege of singing the National Anthem at the very first NBA playoff game in Oklahoma history with more than 18,000 people in attendance.

Maggie and Shane tour, write, record, and work together often. The dynamic duo has performed hundreds, if not thousands of shows together, including their performance of the Official Holiday Halftime Show and the National Anthem at Madison Square Garden for the NY Knicks in December 2015.