“Luther” is a British psychological crime drama television series starring Idris Elba as the title character Detective Chief Inspector John Luther. A first series of six episodes was broadcast on BBC One from 4 May to 8 June 2010. The second series of four episodes was shown on BBC One in summer 2011. During the 2011 Edinburgh TV Festival, BBC One controller Danny Cohen announced a third series,] which ran from 2 through 23 July 2013. The character of Luther is played by Idris Elba, who won the Golden Globe award for best actor in a miniseries at the 69th Annual Golden Globe Awards in 2012, a year after his nomination in 2011. 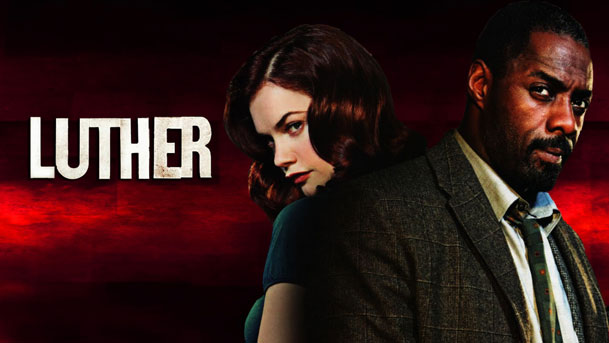 John Luther is a Detective Chief Inspector (DCI) working for the Serious Crime Unit in season one, and the new Serious and Serial Crime Unit in season two. A dedicated police officer, Luther is obsessive, possessed, and sometimes dangerous in the violence of his fixations. However, Luther has paid a heavy price for his dedication; he has never been able to prevent himself from being consumed by the darkness of the crimes with which he deals. For Luther, the job always comes first. His dedication is a curse and a blessing, both for him and those close to him. He is unable to arrest Alice Morgan, the murderer in the first episode, and for the rest of the first series she becomes his confidante, giving him an insight into the motivations of other criminals. Wikipedia®.

The first espisode of series three will see the Luther tackle a “twisted fetishist”, who seems to be a copycat killer of an unsolved case from the Eighties, as well as manage the mysterious murder of a “malicious internet tormentor”.

Luther is back under intense pressure, with two conflicting crimes to investigate and a ruthless ex-copper determined to bring him down.