Little Inferno Trainer. Little Inferno is a 2012 puzzle video game developed by independent game developer Tomorrow Corporation. The game was first released for the Wii U on November 18, 2012 in North America and November 30, 2012 in Europe. It was subsequently released for Microsoft Windows on November 19, 2012 via Steam, iOS on January 31, 2013 and OS X on April 10, 2013 via Steam. A Linux version was released on May 23, 2013 via the developer’s website, with a Steam release planned to follow. An Android version was released on December 3, 2013. Little Inferno is set in front of a brick fireplace, which the player uses to set various objects, such as toys, dolls, and electronics, on fire. The game encourages the player to burn any combination of objects to see how they react when lit ablaze, as most of the objects have unique properties. Little Inferno is classified as a sandbox game as it offers few traditional objectives to complete and has no states of failure. The game was designed as a satire of similarly themed video games in which the player dedicates long amounts of time to performing tasks considered to be unrewarding. Little Inferno garnered widely varied reactions upon its release. Some reviewers praised the unique gameplay concepts and satirical narrative, while others believed the gameplay was too simplistic. Wikipedia®. 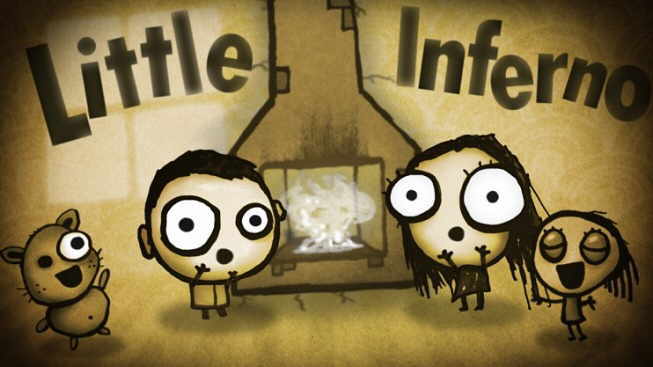