Disrobed and romantic, “Borrow my Body” is layered with warm synthesised piano and shimmering guitars under an honest raw vocal. Kept in time with a lone ride cymbal, peaks and troughs are led by fearless baritone guitar and measured amplifier feedback, joined later by a triumphant tom drum rhythm.There’s an unlikeness to Sydney Artist Lisa Caruso that left a mark on avid listeners after the success of her first releases. With songs continuously being described as if taken from a David Lynch Soundtrack, this charming songstress is back releasing tracks that will be coming off her long awaited debut album. 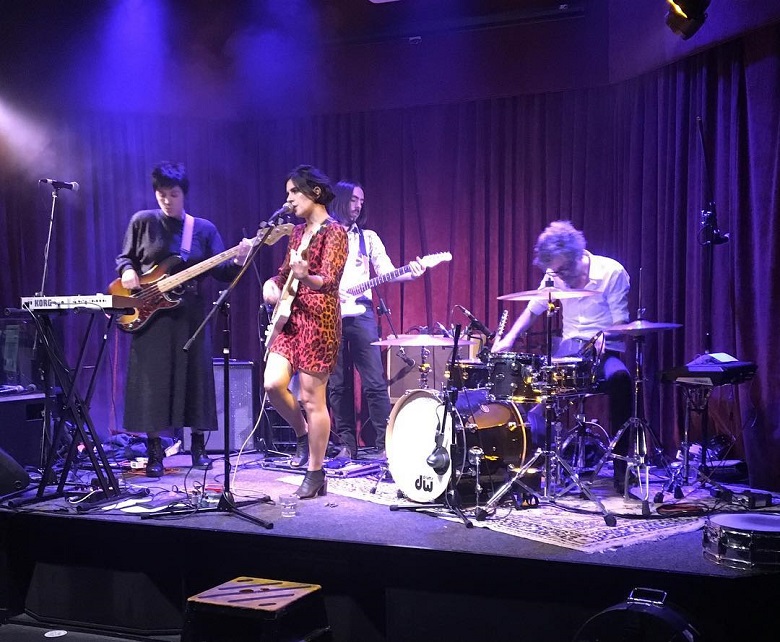 Teaming up with guitarist Benjamin Fletcher (Sarah Blasko, Marina and the Diamonds) on production in both the UK and in OZ has actualised Lisa’s desire to create music that is un-fearfully pronounced. With an utterly unique vocal, Lisa delivers songs with robust conviction, bleeding an honesty only she can tell. Impressing audiences with brooding track ‘Shake Baby Shake’ in November last year, Lisa gained National radio play once again, also landing a sync on a popular American NBN series.

Now accelerating at full speed with single number two, Lisa reveals a batty demeanour in ‘A Holiday’. Keeping a 90s garage attitude with elements of surf and 60s flair, expect to hear fuzzed out guitars, an unrelenting boisterous drum part, and layered vocals that entertain very forthright lyrics. 2019 is going to be Lisa Caruso’s biggest year yet. Expect to be lured in, and spat out asking for more.