Lewisburg are a band from North London born out of the solo project of singer-songwriter Ali Robertson. Described as dark-country they are influenced by acts such as Phosphorescent, Eels and The Deep Dark Woods. The band craft mellifluous, nostalgic songs with occasional widescreen sensibilities. The first ‘solo’ Lewisburg singles ‘El Celebro’ and ‘My Sad Estate’ received airplay on LA radio station KCRW, BBC6 Music and Amazing Radio and also earned plaudits from several on-line tastemakers. 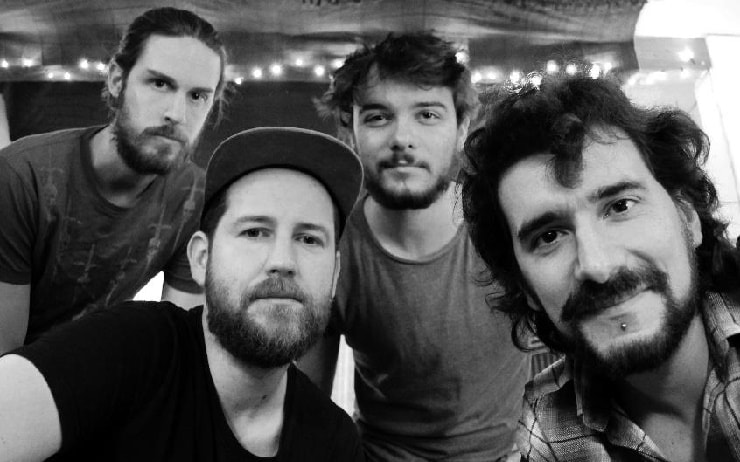 The ‘Slow Morning / Terminal’ double A-Side is the first release of the 4-Piece Lewisburg, which now includes Julien Baraness (guitar), Alessandro Taglione (bass) and Adrien Latge (drums) Of ‘Slow Morning and Terminal’ Al tells us “Both of the tracks are about the gnawing uncertainty that is no doubt experienced by many of us, certainly in these strange modern times. But ultimately, even though these aren’t party songs, I try and evoke a sense of what I truly believe – that there is hope and resilience in the spirit of man.”

The double A-Side was recorded early this year in the band’s own studio in Haringey, North London. The band favours a quick, predominantly live way of recording. ‘For us this is the best way to do it. We work fast, we try to retain the human element in our recordings wherever possible.’ Lewisburg are currently putting the finishing touches to an EP which will be released early in the summer. In the meantime, they can be found playing in and round London. Photography