In a world saturated by auto-tune, The Lawsuits embrace good old fashioned rock ‘n’ roll. Hailing from Bucks County, PA, The Lawsuits combine the musicianship of The Band, the catchiness of the Beach Boys, songwriting that Dylan would be proud of, topped off with the experimental attitude of Ween. Get Off the Coast music blog describes the band’s sound, “it manages to bring about all sorts of delightful vibes, and the band demonstrates a definite ability to craft a good song.” The Lawsuits is the brain child of singer/songwriter Brian Strouse. Strouse started his musical journey in high school playing fast pop-punk songs inspired by Alkaline Trio and Blink 182. He went on to front various acoustic and rock acts as he developed his songwriting abilities. For the better part of a decade Strouse has been experimenting with punk rock, hip-hop, blues, folk, and rock that has lead him to what has now become The Lawsuits. To help complete his sound, Strouse sought the help of bassist Brendan Cunningham and vocalist Vanessa Winters. Later the group added drummer Josh Friedman and Vanessa’s brother Dan Winters. With the line-up in place and the songs written, The Lawsuits are ready for anything. See you on the road.

The Lawsuits – You Won’t Love Me if You Don’t

The Lawsuits – You Won’t Love Me if You Don’t Lyrics: 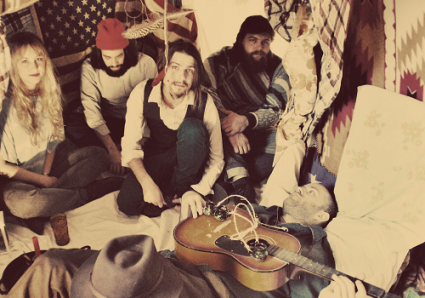