Skip to content
Home » Trainers » Knights Of The Temple 2 Trainer

“Knights of the Temple 2” is an open-world action-adventure game, developed by Cauldron and published by Playlogic Entertainment. It is the sequel to Knights of the Temple: Infernal Crusade. Twenty years after Paul closed the Gate to Hell, he realises that his visions tell him about something evil that is coming, so he sets out on a journey to find the answers to his questions. His travels lead him to the Roman city Sirmium, the pirate city Ylgar and the Saracen port Yusra. Paul must find three artifacts – The Eye, The Weapon and The Rune to close the Gate to Hell. Each artifact is hidden in a different city. On his journey he must fight Undead, Daemonic creatures, and even his own kind. Only through blood can he meet his fate – at the very doorstep to Hell. Wikipedia®. 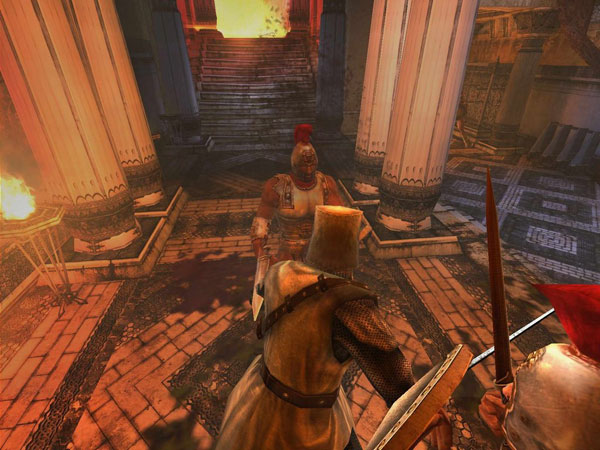 Knights of the Temple II is a thrilling 3rd-person action-adventure where players become a medieval knight. Join Paul de Raque, Grand Master of the Order of the Temple in 13th century Europe. Fight the forces of Hell and unveil the secret of three mysterious ancient artefacts, while you face demon armies that seek to destroy our world. Additional RPG elements make your character even more complex (new active and passive abilities).