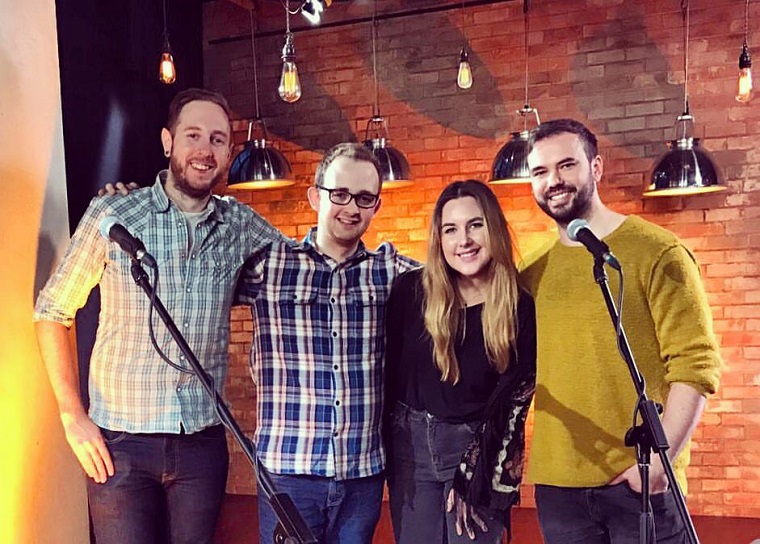 Having been gigging together for little under a year, Kid Cupid have built quite a reputation around London for their immersive live set with headline shows at The Garage, Proud Camden and Hoxton Square Bar & Kitchen already under their belts. Now, having received support from the likes of BBC Introducing and Amazing Radio, they hope to charm listeners across the UK and beyond with their euphoric fusion of sounds and thought-provoking social commentaries.
‘Nostalgic and calming – this London-based act exudes infectious energy and charm in their fusion of upbeat electronica and indie pop to deliver a style full of visceral and intense liveliness’ (Nakid Magazine, 2016)

‘With a neon soundscape, infusions of wavering bass, nifty riffs and luscious rhythm leaves scope for it to be injected onto the dancefloor. Whilst snare drums add an enchanting tribal twist’ (The National Student, 2016)

‘An unusual styling of pop as tribal vocals ring out throughout the song, with thunderous drums beating to the heavens, ‘Siren’ cuts through all of the noise of current pop music, acting more like a call to arms to deal with our modern social state. ‘ (Colorising, 2016)