Skip to content
Home » Music » Keyz – Some Type Of Way

Keyz, dynamic singer, song writer, and producer is the ultimate triple threat. Creative and innovative Keyz is grabbing the reins of R&B and taking it to higher heights. Born and raised in Chicago, Illinois Keyz began singing at the tender age of two-years-old. “I can remember singing Faith Evans ‘Soon as I get home’” Keyz recalls. Music quickly became a huge part of his life from that point forward. Incredibly musically inclined, the piano became his instrument of choice; in which he could hear any tune and play by ear, hence the name ‘Keyz’. Increasing his talent, Keyz then went on to various music groups including Chicago’s Children’s Choir and a singing group that he created in high school at Kenwood Academy. The group started as six, working and performing in and around the Chicagoland area trying to make a name for themselves. However, success did not take off as some had expected forcing the group of six to then reduce to four and eventually two. Renaming the group to J2 (meaning just two) they released an album entitled “Another Level” in November 2012. The following year in February, the group split leaving Keyz more determined than ever to make his success a reality himself. The dream and vision of becoming a successful artist and performer in the entertainment industry is now becoming more of a reality these days. Keyz is currently working on his debut album which is set to be released this summer 2014. The first single off of his up and coming album “Trip to Mars”, which was released October 29, 2013, is his debut single as a solo artist. Recently Keyz released “Nobody Else but You”, the second single, this past Valentine’s Day.

Keyz – Some Type Of Way

Have you ever felt some type of way about someone you liked or cared about? Just in time for the spring & summer romance, Keyz releases his 3rd single “Some Type Of Way” off of his upcoming album. The song is filled with captivating harmonies that grabs any listeners attention & sets the mood right with exotic flutes, strings and melody’s. We’ve all been there; feeling some type of way about someone but you just couldn’t express it like you wanted to. Keyz expresses it fully in his music below. “I just wanted to create a song about being with a beautiful woman that just change your whole thought process, especially in the beginning stages of the relationship when you first start talking, & all your feelings get intertwined & you start feeling some type of way about them. I’m sure many people can relate to this feeling” says Keyz. So whether you’re single or dating this is the perfect spring time romance song.

Keyz – Some Type Of Way Lyrics: 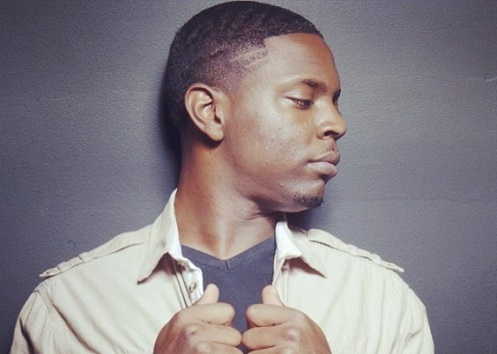