Kamoos was formed by local garage band veterans Juliette (UK) and Vivi (Germany) who, together in their modest rehearsal space, transformed their awkward harmonies and heavy beats into the band’s sexy weird post-punk, psychedelic sound. They were then joined by drummer Felix after seeing him perform. 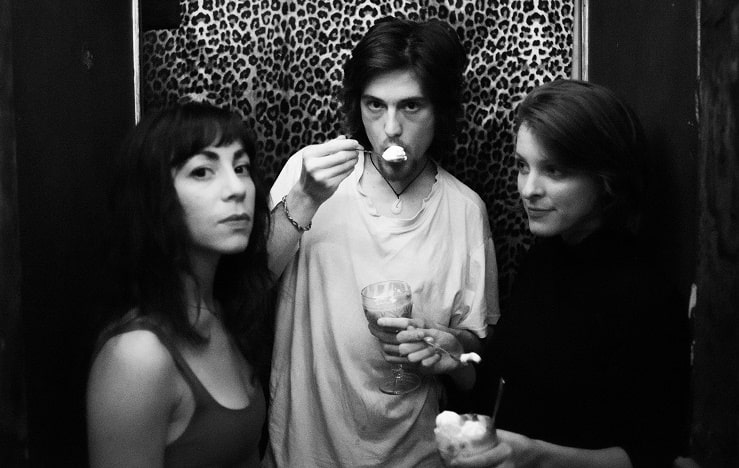 The twisting spiral guitar and dissonant synth sound of Kamoos was formed in Berlin when British expat Juliette and Berliner Vivi, whom had both been playing in scene garage bands decided to team up and start a band together. In their modest rehearsal room in East Berlin, which they shared with now label mates Gurr, Juliette and Vivi would bang out tunes of awkward but catchy harmonies and heavy beats until they moulded what was to become the distinct hypnotic post punk sound of Kamoos. Drummer Felix joined some months later after being introduced to the band who had seen him perform in another band and they went about luring him to join their team.

Kamoos’ influences are broad, including everything from Talking Heads to the Black Lips to M.I.A. to Nirvana to the Budos Band, but most importantly they are interested in people who have their own style, are beat- driven, and have a tendency to lean towards the discordant. “Xray Me feels like a cross-over between Love Buzz by Shocking Blue and something out of a David Lynch movie” Juliette sais.