Just Cause 3 is a 2015 open world action-adventure video game developed by Avalanche Studios and published by Square Enix. It was announced on November 11, 2014. It is the third game in the Just Cause series and is the sequel to the 2010 video game Just Cause 2. It was released worldwide on December 1, 2015 for Microsoft Windows, PlayStation 4, and Xbox One. Set several years after the events of Just Cause 2, Rico Rodriguez leaves The Agency and returns to his homeland of Medici, a fictional Mediterranean island under the brutal control of dictator General Di Ravello, who has set his eyes on world domination. Wanting to stop him, Rico goes on a journey to destroy his evil plans. The Mediterranean republic of Medici is suffering under the brutal control of General Di Ravello, a dictator with an insatiable appetite for power. Enter Rico Rodriguez, a man on a mission to destroy the General’s hold on power by any means necessary. With over 400 square miles of complete freedom from sky to seabed and a huge arsenal of weaponry, gadgets and vehicles, prepare to unleash chaos in the most creative and explosive ways you can imagine. 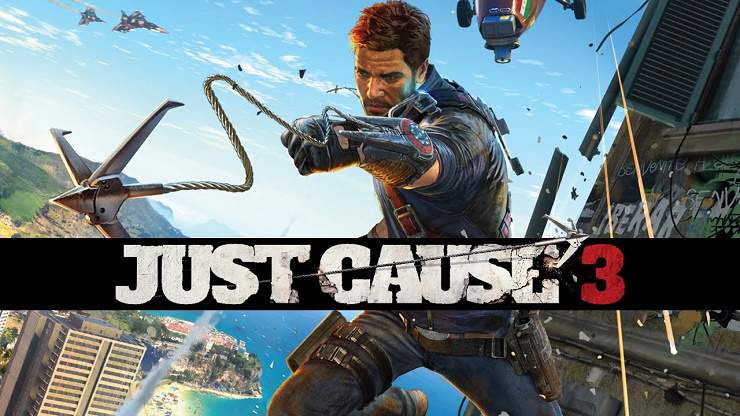 Just Cause 3 Trainer (+15) Options:
Trainer for the game Just Cause 3, you can use it to activate these essential Cheat Codes: Infinite Health, Infinite Ammo, No Reload, Infinite Explosives, Super Accuracy, No Recoil, Rapid Fire, +10,000 Chanllenge Score, Freeze Challenge Timer, One Hit Kill, Infinite Tether, Infinite Oxygen, Infinite Vehicle Health, Super Speed, Bullet time. Note: This cheat tool is for the original version 1.5 of the game Just Cause 3 – The bonus Edition.