Born October 7, 1951 in Seymour, Indiana, John Mellencamp fell in love with music at an early age and was gigging in local bars and fronting a soul band by the time he was 14. His professional music career began in earnest in 1976 when MCA Records released his first album, The Chestnut Street Incident. His manager dubbed him Johnny Cougar out of his belief that nobody would buy a record by anybody named Mellencamp. John protested but was overruled and eventually, of course, reclaimed his birth name as his public name. After releasing a few albums, he broke out in 1979 with his first hit, “I Need A Lover” In 1982 his fifth album American Fool was the year’s best-selling album on the strength of two huge hits, “Hurts So Good,” and the number 1 single “Jack & Diane,”   The albums that followed in the 80’s, Uh-Huh, Scarecrow, Lonesome Jubilee, and Big Daddy, were released under the name John Cougar Mellencamp. Hit singles during this period included “Crumblin Down,” “The Authority Song,” “Small Town,” “Rain On The Scarecrow,” “Lonely Ol Night,” “”R.O.C.K. In The U.S.A.,” “Paper In Fire,” “Check It Out,” “Cherry Bomb,” “Pop Singer,” and “Jackie Brown.” Mellencamp took the music on the road with a band that many considered the best in the business, playing approximately 1,000 shows around the globe during the decade. In 1985, John’s concern for the plight of the American farmer, which had been voiced in the Scarecrow album, brought him together with Willie Nelson and Neil Young in launching Farm Aid. It became an annual event and has helped make people aware of the issues farmers face and how they affect on the entire nation. 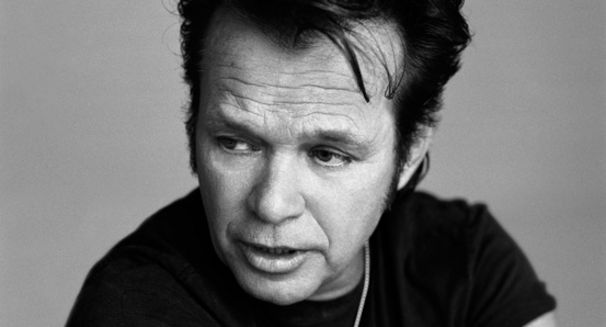 By the early 1990’s “Cougar” was finally gone from John’s name and a string of successful albums as John Mellencamp–Whenever We Wanted, Human Wheels and Dance Naked (including the number 2 single “Wild Night”)–were released. In 1991 John made his film debut, starring in and directing Falling From Grace, a modest box office success that was well received by critics. John suffered a mild heart attack while touring in 1994 in support of Dance Naked. This forced him to take a break from his music career, but he returned strong in 1996 and released Mr. Happy Go Lucky, which featured the hit “Key West Intermezzo” (I Saw You First). Healthier and happier, he returned to touring in 1997 and continued to write and record frequently. Releases included 1998’s John Mellencamp, 1999’s Rough Harvest, 2001’s Cuttin Heads, and 2003’s Trouble No More . Hit singles during that time ranged from “Your Life Is Now” to “I’m Not Running Anymore” to “Peaceful World.” John continued to tour throughout 1999, 2001, 2002, 2005 and 2006. He received the 2001 Billboard Century award in recognition of all that he had accomplished over the course of his career and was honored with the Woody Guthrie Award in 2004. Previously, he was awarded a Grammy and had been nominated a total of 11 times.

John Cougar Mellencamp – Cherry Bomb Lyrics:
Well I lived on the outskirts of town
In an eight room farmhouse, baby
When my brothers and friends were around
There was always somethin’ doin’
Had me a couple of real nice girlfriends
Stopped by to see me every once in a while
When I think back about those days
All I can do is sit and smile

Chorus
That’s when a sport was a sport
And groovin’ was groovin’
And dancin’ meant everything
We were young and we were improvin’
Laughin’, laughin’ with our friends
Holdin’ hands meant somethin’, baby
Outside the club”Cherry Bomb”
Our hearts were really thumpin’
Say yeah yeah yeah
Say yeah yeah yeah

The winter days they last forever
But the weekends went by so quick
Went ridin’ around this little country town
We were goin’ nuts, girl, out in the sticks
One night, me with my big mouth
A couple guys had to put me in my place
When I see those guys these days
We just laugh and say do you remember when

Seventeen has turned thirty-five
I’m surprised that we’re still livin’
If we’ve done any wrong
I hope that we’re forgiven
Got a few kids of my own
And some days I still don’t know what to do
I hope that they’re not laughing too loud
When they hear me talkin’
Like this to you.