Singer/songwriter Joakim Hansson, multiinstrumentalist from Sweden living in Berlin. Influenced by life, death and sorrow. But also happiness. Without sadness there is no happiness. Both Joakim’s father and grandfather are avid music lovers. From an early age on, grandfather Kjell and his record collection were always present with him listening to Americana like Hank Williams, Carter Family, Dolly Parton or Johnny Cash. Experienc- ing his grandfather singing and playing along on the accordion or electric organ, looking like he was somewhere else, laid the foundation for the love of music that has been a major driver in Joakim’s life ever since. 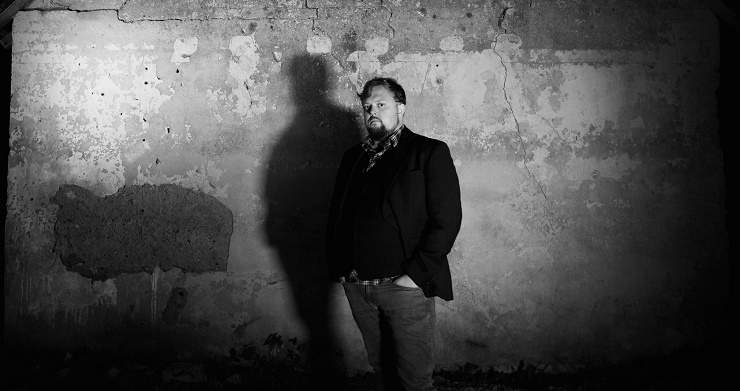 Growing up with a somewhat dysfunctional family in a small town in southern Sweden, music has always been a tool for him to put things into perspec- tive, both in good and negative ways. Listening to storytellers like Townes Van Zandt, Neil Young, Jackson Browne, Christian Kjellvander, Ryan Adams, Johnny Cash, Cornelis Vreeswijk, Joakim Thåström and Norah Jones among others certainly influenced the sound of Joakim’s first upcom- ing album.

With over 120 gigs played so far, mostly as a drummer but also as a singer, guitar and bass player, the music he created over the past two years living in Berlin is the outcome of his first solo project. Some lyrics are made‐up stories, for others Joakim found direct inspiration in his own life. How to move on from hard times, get up again and survive. How sadness and sorrow make life beautiful. How it is essential to learn to appreciate and not take life for granted. And lastly, not wait until it is too late.

Starting off with just an acoustic guitar and vocals, Joakim usually writes his music fully succumbing to the song’s needs. Some do not call for more, while others do. Most of the instruments on the album Joakim played himself. On some songs other musicians were invited to join the process of recording to complete the sound. The album was recorded fully analog on tape machine by producer and sound engineer Gerrit Haasler at Blackstone Studios, Berlin, during the span of over 12 months from late 2014 to September 2015. Fuelled by Gerrit’s great patience and capabilities in recording, mixing and mastering, the album sounds as thorough and well-grounded as it does. When playing live, chances are good that you will see a different version of the songs each time, depending on whether Joakim plays solo, with an additional guitar player or a fully staffed live band with additional keyboards, vocals and sometimes even a cello or violin.